Influencers should be held accountable for false advertising

Celebrities have often become synonymous with the brands that they endorse. 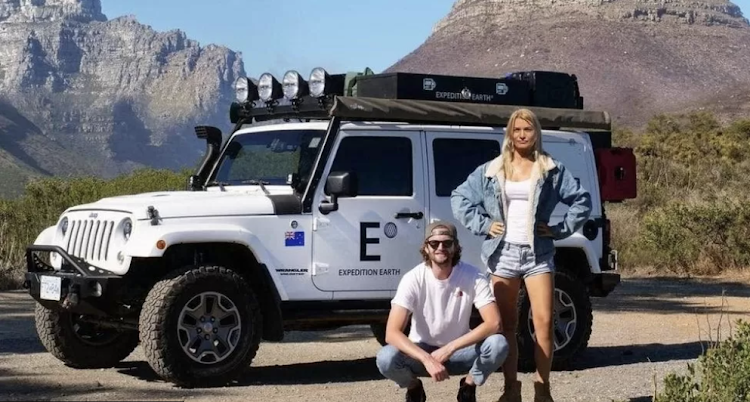 The collapse of cryptocurrency Exchange FTX— a digital currency exchange platform where people could buy and sell over 30 digital assets, including bitcoin, dogecoin and Ethereum— in late November and the subsequent arrest of the founder, Sam Bankman-Fried, shook the crypto industry.

But he is not alone in the suit. A pack of ambulance chasers has joined the lawsuit accusing celebrities, including NBA star Steph Curry, NFL legend Tom Brady, Shaquille O'Neal, and four-time Grand Slam champion Naomi Osaka among others, of betraying the public trust.

The lawsuit against these celebrities has unnerved influencers and marketers worldwide.

It, however, begs the question, to what extent should celebrities be held liable for the brands they represent? What are the rules surrounding influencer marketing, and who is regulating it?

Across the world, there has been a gradual change in the way products and services are marketed and sold.

Brands use celebrities as brand ambassadors to outperform rivals and stand out for a more significant proportion of the target market by transferring the reputation of the celebrity endorser to the products or services.

Thus, celebrities have often become synonymous with the brands that they endorse.

Influencers' opinions on these items might convince or deter people from buying a specific product, placing a significant responsibility on influencers.

Even the slightest mention can cause product sales to go into overdrive; such is the power of these modern-day lifestyle evangelists.

Interestingly, social media is still very much the wild-west when it comes to advertising. It is a fertile ground for misleading and blatant false promotion.

Take, for instance, a recent case of a blatantly false advertisement on Instagram.

An influencer-turned-entrepreneur misled thousands of her followers, making them believe her shop was shutting down through emotional and psychological manipulation. Her followers thronged her shop, leading to a massive sale.

A few days later, she reappeared in a different shop on bigger premises. She casually explained that she needed to sell the stock before relocating.

In a separate instance, another popular TikToker has been accused of misleading her millions of followers on the effectiveness of a particular skin care product to prevent acne.

Unfortunately, there are tens of similar cases where influencers abuse the trust factor to promote, sometimes even medical services and health products to their followers.

While it may be argued that these endorsements are more of moral than legal issues, it should be noted that brands engage these influencers based on their huge number of followers, perceived credibility, and their interactions in terms of likes, shares and retweets as opposed to the influencer's expertise.

While consumers, rely on the trust factor, believing that if a celebrity or an influencer has used a product or service, then it must be good.

Kenya's take on misleading advertisements and celebrity endorsements has gained a stronghold with the enactment of Article 46 of the Constitution of Kenya which introduces consumers' rights and requires that Parliament enacts legislation that provides for consumer protection and fair, honest and decent advertising.

The underlying ethos of consumer protection law requires that ads must not be misleading. The penalty for those found guilty of false advertising is a fine of Sh1 million or a prison term of up to three years.

Given the growing audience exposed to promotions by influencers and celebrities, it is essential that advertisements on social media comply with the provisions of the law.

They should not be misleading and deceptive to violate consumers’ rights.

It's essential, therefore, to revisit and review legislation on advertising, emphasizing and placing responsibility on the influencers on the products they endorse.

And due to the huge attraction of influencer marketing, regulators, communications agencies and brands must step up and define ethical limits they can stretch and ensure influencers do not fall foul of advertising rules.

For a start, influencers must make it clear that their content is an advertisement if they have been paid or given a freebie. Influencers also need to ensure they back up any claims made.

These changes will drastically change how contracts are discussed and written between celebrities or influencers and these brands.

Since the celebrities will now have greater responsibility/liability compared with the situation prior to the amendment, lawyers representing celebrities must insist on detailed representations from the brands in terms of product quality and compliance with product advertisement-related regulations.

Influencers must also seek robust indemnity provisions from brands to cover the potential penalties and legal costs they may incur.

On the other hand, it will also be interesting to see how the jurisprudence around the standard of due diligence exercised by celebrities shapes up in the years to come. But amidst everything else, we must ensure the protection of consumers and compliance with consumer protection laws.

Mr. Kogai is a corporate consigliere operating at the intersection of finance and communications.

The number of cases of sexualized violence, hate crimes and femicide in our country is on the rise
Opinion
2 months ago

Says she's bad at managing her anger
News
2 months ago

He did not give details on how the amnesty process would be carried out.
News
2 months ago

The singer and the Lang'ata MP have had a great relationship.
Sasa
2 months ago

Tate who was detained alongside his brother Tristan, had his house raided in the capital, Bucharest.
News
1 month ago

Tristan, and two others, were also detained by the court in Bucharest.
News
1 month ago
Post a comment
WATCH: The latest videos from the Star
by BY DON KOGAI
Kenya
04 January 2023 - 16:22
Read The E-Paper