This is through Special Drawing Rights that will boost FX reserves.

•The country can choose to sell the special drawing rights under voluntary arrangements for actual currency, with one SDR currently equivalent to $1.3293.

•It can however decide to hold the SDRs as part of its foreign exchange reserves, a move that will boost the weakening account, help in debt repayment. 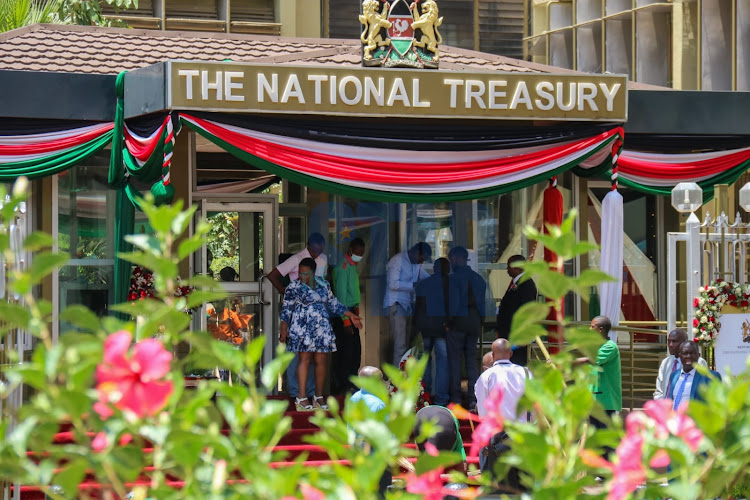 Kenya has received a major boost with the disbursement of Sh55.1 billion worth of Special Drawing Rights (SDRs) by the International Monetary Fund (IMF).

The board’s decision enables the immediate disbursement of SDR336.54 million (about $447.39 million or Sh55.1 billion) usable for budget support, including an augmentation under the ECF arrangement of SDR162.34 million (30 per cent of quota, about $215.81 million or Sh 26.6 billion)

This brings Kenya’s cumulative disbursements under the EFF/ECF arrangements to about $1.655.59 million (about Sh203.8 billion).

With the augmentation, the total amount under the EFF/ECF arrangements rises to SDR 1.818 billion (about $2.416 billion or Sh297.5 billion).

The arrangements approved in April 2021 aim to support Kenya’s program to address debt vulnerabilities, the authorities’ response to the Covid-19 pandemic and global shocks, and to enhance governance and broader economic reforms.

The SDRs refer to interest-bearing international reserve assets that the multi-lateral lender uses to supplement other reserve assets by member countries.

It is not a loan or currency but is a claim on free usable currencies of IMF members.

This means that a country can choose to sell the special drawing rights under voluntary arrangements for actual currency.

The country can however decide to hold the SDRs as part of its foreign exchange reserves, a move that will boost the weakening account.

SDRs can also be used for other authorised operations including the payment of loans, obligations and pledges.

IMF however notes Kenya’s economy remains resilient against a challenging global backdrop and is projected to grow 5.3 per cent in 2022.

Even so, inflation moved above the Central Bank of Kenya’s (CBK) target band in June and is expected to peak in early 2023.

Despite double-digit export growth, the current account is expected to widen on higher global oil prices in 2022.

Downside risks predominate in the near term, while Kenya’s medium-term outlook remains favorable although climate-related risks are elevated, IMF said.

With progress on fiscal consolidation, public debt has begun leveling off.

Taxes performed strongly in the financial year 2021-22, while spending was compressed on shortfalls in external commercial financing, leading to an overperformance of 1.7 per cent of GDP in the primary deficit.

However, obligations carried over from the last fiscal year and an increase in unbudgeted spending in the early financial year 2022-23 increased pressures on the budget.

The new administration of President Ruto has reasserted Kenya’s commitment to fiscal consolidation, targeting a lower overall fiscal deficit than the original budget.

The CBK has raised policy rates by a cumulative 175 basis points in 2022.

The shilling has continued to depreciate against the US dollar while the dollar strengthened globally, and liquidity has declined in the interbank forex market.

IMF however remains confident that Kenya’s structural reform agenda is advancing, albeit with some delays.

Progress made, according to IMF, includes in the areas of governance and transparency where authorities have completed and published audits of Covid-19 vaccine spending.

However, progress on addressing financial weaknesses in state-owned enterprises and a planned review of the fuel pricing mechanism were delayed during the political transition, IMF notes.

IMF projects they will hit 11-year low.
Business
2 months ago