The sub sector already has wider market and can bring great returns if well embraced.

•Leather is one of the most traded commodity in the world. 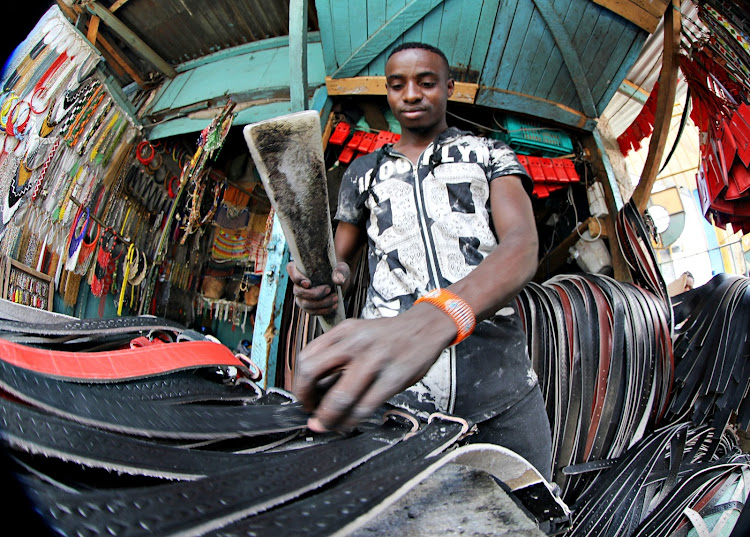 The Kenya Association of Manufacturers wants the government and manufacturers to fully exploit opportunities offered by the country's leather sector.

Speaking to the Star, KAM chief executive Anthony Mwangi said that leather is one of the most traded commodities globally but Kenya earns little from it.

“Leather is everywhere, from the shoes we wear, belts and even ladies handbags. This is an industry that if tapped extensively can create great revenue collection [opportunities] to the government,” Mwangi said.

He said the country's focus has been on rearing cattle for meat, yet this brings in lower earnings compared to trade in leather.

“If you look at the value addition of leather and meat, you will find that earnings form leather is much more larger than from meat,”said Mwangi.

He said Kenya collects about three million hides annually which when processed can earn the country more revenue locally and internationally compared to meat sales.

Mwangi said out of the harvested hides ,1.5 million is smuggled as food to West African countries.

The balance 1.5 million pieces are processed, out of which 70 per cent are exported as leather.

He said Kenya's leather exports end up back in the country as finished imports  thus widening the country's trade deficit.

Mwangi said  the government invested about Sh200 million in a common user facility in Kariokor Market but it has remained unused for almost six years.

The factory has a capacity to produce more than 60,000 pairs of shoes monthly.

According to the Economic Survey 2022, the leather and related products sub-sector grew by 15.6 per cent in 2021 driven by an increase of 30.5 per cent in finished leather.

Production of footwear with uppers of leather and those with outer soles and uppers of rubber or plastic increased by 22.9 and 5.7 per cent, respectively during the review period.