Cybercrime and costs slow SMEs adoption of technology in Kenya

27 percent cited cyber security as the main challenge faced when trying to digitize their operations.

•According to the Kenya National Bureau of Statistics (KNBS), there are, 7.41 million Medium Small and Micro Enterprises (MSME) in Kenya. 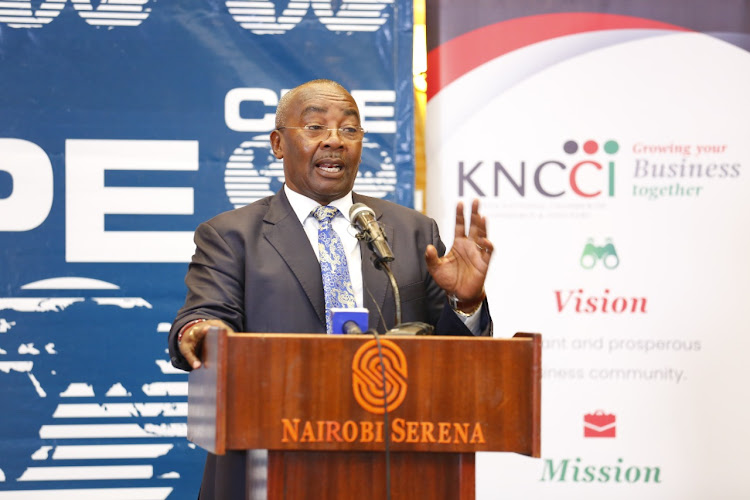 Cyber Security and the cost of digital transition have been cited top among the challenges SMEs in Kenya face in their adoption of technology.

A research by Centre for International Private Enterprise (CIPE), shows that while SMEs form a significant percentage of the businesses in Kenya, they lag behind medium and large enterprises in adoption of digital technologies.

“Many factors constrain the participation in the digital economy, of the MSEs surveyed, but three key issues stood out in the study: digital skills training and development, internet and equipment access costs and cyber security,” the report reads.

The Digital Economy Research Findings were conducted among 1,280 MSMEs through face-to-face interview between 11th June and 10th October 2021.

Twenty seven percent of the respondents cited cyber security as the main challenge when trying to digitise their operations.

Cybersecurity risk has been predominant during the post-Covid period due to the increased uptake of digital tools for payment and procurement of goods.

The cost implication and awareness creation about cybersecurity has made it difficult for Medium Small and Micro Enterprises to fight cyber threats.

"In the next five years not being online will have a big challenge for businesses. Nairobi seems the destination but we can have digital economy in the rural areas," said the second vice president of Kenya National Chamber of Commerce and Industry Fatma Elmaawy.

CIPE is proposing that the National Assembly introduces legislation that reduced taxes on equipment for MSEs to increase their opportunity to engage in the digital economy.

According to the Kenya National Bureau of Statistics, there are, 7.41 million MSMEs in Kenya (of which only 1.56 million are officially licensed), who collectively employ over 14.1 million people.

Kenya has an estimated 7.4 million small businesses
Business
1 month ago

SeamlessHR sets base in Kenya for the East African market

Badili Africa, a company that allows customers to trade in their old phones for new ones at friendly prices has raised $2.1 million (Sh259 million) ...
Business
1 month ago

The deal seeks to open the credit line for Small and Medium Sized Enterprises (SMEs) across the country in various sectors.
Business
1 month ago
Post a comment
WATCH: The latest videos from the Star
by JACKTONE LAWI
Kenya
15 December 2022 - 18:00
Read The E-Paper