The EAC member state had threatened to transfer business to Djibouti.

•President William Ruto early this month confirmed that Kenya will allocate land to South Sudan for construction of a dry port in Mombasa.

•The landlocked country is second after Uganda in the use of Mombasa port, accounting for 9.9 percent of transit volumes. 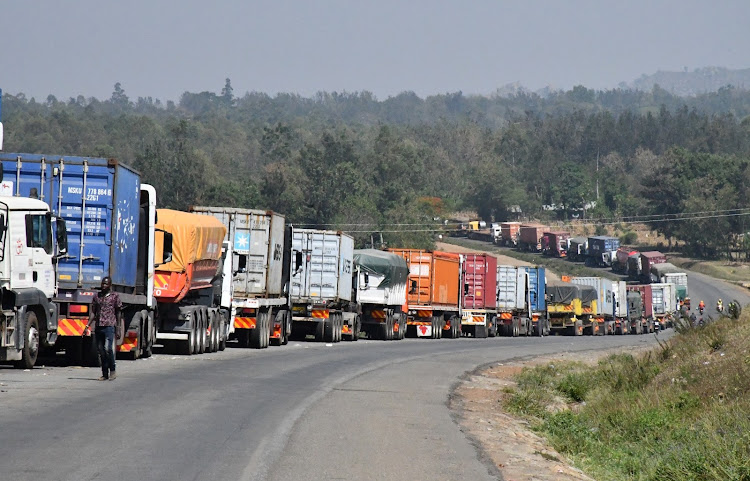 Kenya has flinched and revised its cargo deal with South Sudan that will see goods from and destined for the East African state cleared at the Port of Mombasa.

Should it have failed to broker a deal, South Sudan had threatened to transfer business to the Djibouti route, in what would have denied Kenya revenue on 1.1 million tonnes of cargo that the facility handles annually.

This would have also dealt a blow to the Lapsset Corridor , a regional flagship project intended to provide transport and logistics infrastructure aimed at creating seamless connectivity between the Eastern African Countries of Kenya, Ethiopia and South Sudan.

In a letter seen by the Star, the Chairman of South Sudan Freight Forwarders Association (SSFFA) Emmanuel Kachoul says Kenya and South Sudan agreed to lift the directive by former President Uhuru Kenyatta, to transport all cargo from Mombasa by SGR.

“We thank those who jointly raised strong voices of concern over the various challenges facing the South Sudan business community along the Northern Corridor transport  route,” Kachoul said.

Mombasa has been the main route for all consignments destined to the landlocked country and South Sudan now says Port of Djibouti is shorter.

The business lobby also wants a review of the levies charged for goods destined to South Sudan.

“As a community it’s our prayer that other remaining bottlenecks that affect our trade negatively like the illegal collection of extra fees on transit cargo destined S. Sudan shall be fully corrected,” added Kachuol.

He pointed out that these are the underlying issues that make prices of goods and services expensive hence rise the cost of living.

The landlocked country is second after Uganda in the use of Mombasa port, accounting for 9.9 percent of transit volumes.

Uganda accounts for about 83 per cent of all throughput cargo while  the Democratic Republic of the Congo, Tanzania and Rwanda take up 7.2, 3.2 and 2.4 per cent, respectively.

In 2019, former President Uhuru Kenyatta announced that Kenya would allocate South Sudan 10 acres of land for construction of a dry port at the Naivasha Special Economic Zone.

The land, which acted as an incentive to have Juba use Kenya as a transit route for its cargo, was meant to ease the movement of goods to the neighbouring nation.

However, President William Ruto early this month confirmed that Kenya will allocate land to South Sudan for construction of a dry port in Mombasa.

“All these pivotal directives will go a long way in lowering the cost of doing business in relation to transit goods destined for South Sudan hence lowering prices of goods and services much to the benefit of the citizens,” the SSFFA said in the statement.

Ruto during his visit to the land locked nation assured traders from the nation that Kenya would facilitate a cost effective movement of goods from the Port of Mombasa to South Sudan.

In addition, he had acknowledged the fact that there are various challenges facing South Sudan cargo handling.

The facility is expected to receive 38 cargo ships in the next two weeks.
Business
5 months ago

EABC calls for the formulation of  a transport and logistic charter.
Business
6 months ago
Post a comment
WATCH: The latest videos from the Star
by JACKTONE LAWI
Kenya
13 December 2022 - 04:00
Read The E-Paper