This was the highest monthly diaspora inflow since May 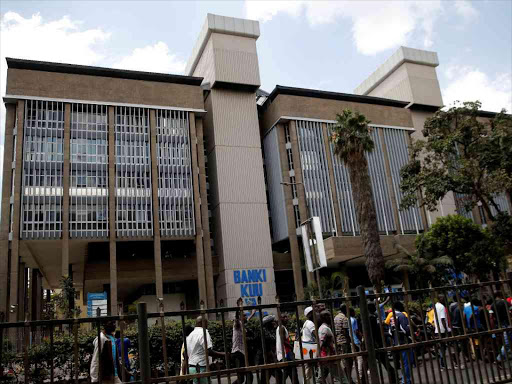 "This meets the CBK’s statutory requirement to endeavor to maintain at least four months of import cover,'' CBK said in a weekly bulletin.

The country's FX reserves have been dropping in the past months, breaching both national and East African thresholds of 4 and 4.5 months of import cover.

This was the highest monthly diaspora inflow since May, an aspect attributed to easing inflation globally as central banks put in place tough monetary policies to limit the high cost of living.

Money markets analyst Joel Kiberenge told the Star that headroom in disposable income arising from easing the cost of living supported the inflows.

"Inflation that hit 40-year highs in some countries has started to ease. We expect the situation to return to 2019 scenarios by March next year. Expect more inflows in December on summer bunnies' gifts and support to families back home,'' Kiberenge said.

"The remittance inflows continue to support the current account and the foreign exchange market. The US remains the largest source of remittances into Kenya, accounting for 55.8 per cent in November,'' CBK said.

The dropping FX reserves expose the country to difficulties in making international payments, including imports and debt repayment,  and hedging against exchange rate risks.

The country's apex bank has maintained a brave face despite reserves dropping for the first time since August 2011.

“We are not stressed. We have adequate reserves to smooth out any volatility that may come,” CBK governor Patrick Njoroge told journalists during the recent post-Monetary Policy Committee briefing.

The banking regulator expects reserves to increase on expected November-December diaspora remittances and the IMF loan to be disbursed in December.

The IMF staff reached a staff-level agreement a fortnight ago to disburse $433 million (Sh52.9 billion) to Kenya as part of a $2.34 billion loan approved in May last year.

Even so, the growing forex reserves did little to aid the weakening shilling that has been on a downward trend since January. It has so far shed at least eight percent in value against the US dollar.

The shilling closed the week at 122.74 units against the greenback, the lowest rate ever compared to 122.50 units the previous week.

Experts have predicted the shilling to close the year at 125 against the greenback as the US continues to tighten its monetary policy, further strengthening the dollar.

The markets expect the U.S. Federal Reserve (Fed) to raise rates 0.5 percentage points at its next meeting slated for Wednesday, December 14.

That would be a step down from the large 0.75 percentage point increases at recent meetings.

The U.S. central bank has raised the federal funds rate by 75 basis points four times this year, bringing the target rate to 3.75 per cent to four per cent, the highest level since 2007.

The increases in the Fed rate have strengthened the US dollar, the currency that commands at least 65 per cent of global trade. It has gained close to 13 per cent, trading almost at par with the Euro.

This has put local traders in a tight position, limiting their import power as they are forced to spend more shillings to buy US dollars.

Consumers have been forced to shoulder the high import costs, pushing up the cost of living.

The cost of living in Kenya slightly eased in November to 9.5 per cent from a seven-year high of 9.6 per cent in October.

Kenya diaspora in Washington upbeat about Ruto’s US visit

This outweighs gains made in tea, horticulture exports.
Business
2 months ago