•Hoteliers want Naivasha to also benefit from the new rates

•Naivasha is ranked second after Coast in conferencing 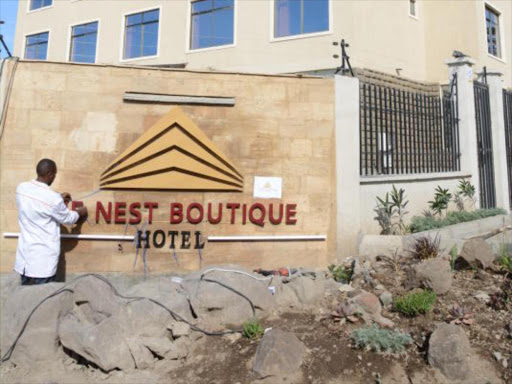 Hoteliers in Naivasha are warning of job losses due to low bookings.

This follows the downgrading of the town's out of station allowance by the Salary and Remuneration Commission (SRC).

They said conference organisers are now opting for towns that offer better out of pocket allowance than Naivasha.

Through the Kenya National Chambers of Commerce and Industry they have petitioned the SRC to review the daily subsistence allowances rates for civil servants on duty in the town.

This comes, as it emerged that booking had dropped to 20 percent and tens of workers were facing the sack after the SRC review.

Early in the year, SRC gazetted new rates where Nakuru was ranked alongside Mombasa, Kisumu and Nairobi while Naivasha was dropped to a lower cluster meaning less allowance for public officers.

Naivasha Hoteliers Association chairperson Rahab Mwihaki termed the move was as unfair saying it had locked several of hoteliers out of business.

She said Naivasha has more than 10,000 rooms and is second to Mombasa in terms of conferencing but currently only an average of 1,000 rooms are occupied per day.

“We are appealing to the President to intervene as we have invested millions into constructing hotels but all workshops are now destined to Nakuru due to the better per diems,” she said.

Speaking during a consultative meeting on Monday, Mwihaki questioned the rationale used by SRC to downgrade the town’s status yet it was part of Nakuru County.

“This move has affected farmers who supply food to hotels and the workers yet Naivasha has capacity to hold more visitors than Nakuru,” she said.

Naivasha MP Jane Kihara promised to raise the issue with the new CS for Tourism adding that Naivasha had the potential of being a Resort City.

She termed the government's directive that all its meetings be held in boardrooms as unattainable warning that this spelt doom for the hospitality sector.

“This is a friendly and listening government and I will engage the necessary departments so that the town’s status can be elevated,” she said.

KNCCI Nakuru County chairman Stephen Thuo said that the review by SRC had affected many hoteliers and put under threat, hundreds of jobs.

“Currently hotels in Nakuru are fully booked for conferences yet Naivasha which is closer to Nairobi and has the capacity has been ignored unfairly,” he said.

An hotelier, Mark Kariuki, said that the allowance review had made Naivasha unattractive for conference tourism despite having the best workshop amenities in the country.

“We have petitioned parliament and SRC to relook into this directive as it has far reaching consequences to hoteliers, farmers and even small scale traders around Naivasha,” he said.

Post a comment
WATCH: The latest videos from the Star
by GEORGE MURAGE CORRESPONDENT
Kenya
21 November 2022 - 17:00
Read The E-Paper