Dealers say a vessel shortage could see some units delivered past December.

•A total of 2,691 units have been offloaded at the port between Wednesday and today (Friday).

•Car Importers Association of Kenya said a shortage on RoRos witnessed in the last three months had affected imports, which are now coming in. 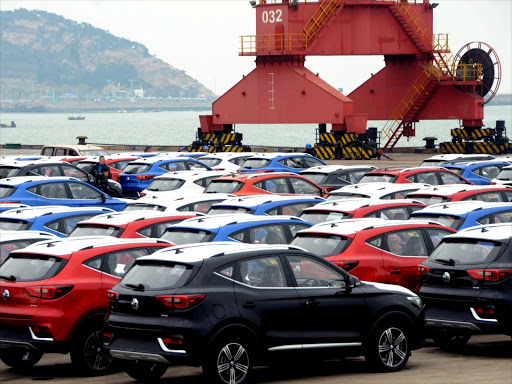 The Port of Mombasa has reported an increase on used-car imports as commercial dealers and individuals rush to beat the December 31 deadline for 2015 manufactured units.

This is under the eight-year rule that locks out older cars from being shipped into the country.

A total of six car carriers are expected in the next two weeks, Kenya Ports Authority (KPA) said.

“We have seen an increase in the carriers,” KPA principal communication officer Hajj Masemo told the Star on telephone.

A total of 2,691 units have been offloaded at the port between Wednesday and today (Friday).

Car Importers Association of Kenya (CIAK) yesterday said while importers are rushing to beat the eight-year rule, which has traditionally driven up numbers as the year closes, a shortage on Roll-on/roll-off ships (RoRos) witnessed in the last three months had also affected imports.

“What we are seeing now is mostly orders that had been made earlier even as people rush to beat the deadline,”CIAK national chairman Peter Otieno told the Star.

The association has warned that importers could this year be hit by a delay on imports due to the vessel availability challenge.

“We are asking Kebs(Kenya National Bureau of Standards) to give us enough time. All vehicles that have so far been inspected and are yet to be shipped should be allowed into the country,”Otieno said.

He said importers have been forced to ship in units in containers, which will lead to the delays.

This is as a result of the routing for container vessels, which normally call at different ports before arriving at Mombasa.

Since then, individuals and importers have been rushing to beat the deadline with no major lockout reported, save for 2020 when the pandemic struck.

During the year, more than 18,000 units manufactured in 2013 arrived late as te Covid-19 pandemic disrupted the shipping industry.

Starting January 1, only vehicles first registered in 2016 will be allowed into the country under the eight-year rule.

On average, Kenya imports between 7,000 and 8,000 units per month but this goes up to 12,000 units in the last months of the year, when the unit prices also begin to drop in the import source markets.

Importers are projecting an import of up to 15,000 units per this month with a similar average in December.

There was a slowdown weeks ahead of the general elections.
Business
3 months ago
Post a comment
WATCH: The latest videos from the Star
by MARTIN MWITA Business Writer
Kenya
11 November 2022 - 04:00
Read The E-Paper