APA is the latest to join the list of withdrawing comprehensive covers.

•Underwriters in the motor segment are among biggest claim players, IRA data shows. 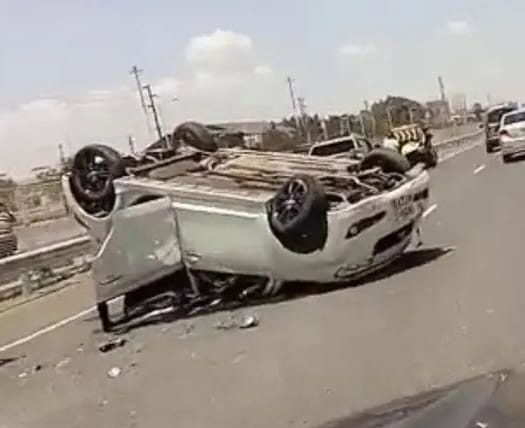 A past car accident on the Nairobi Expressway/FILE

Rising accident claims and breach of policy contracts is forcing more insurer's to lock out certain vehicle models from their comprehensive cover.

According to the Association of Kenya Insurers (AKI), the move comes as insurance companies mitigate high claims which are eating into their balance sheets.

"It must be informed by the losses they have experienced touching on these model of vehicles,” "AKI executive director Tom Gichuhi told the Star yesterday.

The Insurance Regulatory Authority (IRA) also termed the move as an underwriting decision.

"It is a risk management business decision,"IRA said.

APA insurance is the latest to blacklist 28 car models a decision likely to hit the taxi industry and private car owners hard.

This comes barely a week after GA Insurance announced it had withdrawn comprehensive cover for five Toyota models and some Suzuki cars.

There has been rising concerns amid insurance companies on high claims from some type of vehicles, used in the

There has been a spike in claims mainly in the taxi segment, while underwriters are also concerned over the use of personal vehicles as PSVs.

The market has also had cases of vehicles being fraudulently written-off.

Of the 37 insurance fraud cases reported to the Insurance Fraud Investigation Unit (IFIU) during Q2 2022, motor had 12 cases.

The Digital Taxi Association yesterday attributed the high accidents in the business to lack of experience mainly among young drivers joining the trade, and low knowledge on using the digital applications.

"You find that when a driver is on the road and a request comes in, he slams on the brakes to check the request...or Google Map tells them to make a certain turn which ends up being wrong. Such are the main causes of accidents,”the associations’ chairman David Muteru said.

Underwriters in the motor segment are among biggest claim players, IRA data shows.

This was an increase of 14.5 per cent from Sh32.38 billion reported in the second quarter of the previous year.

The latest development take the industry back to 2015 when AIG Kenya Insurance stopped covering BMW and Subaru cars valued below Sh1.5 million.

Subaru cars were related to speeding, putting owners at high risk of accidents.

In 2019, Occidental Insurance Company dropped 25 car models citing  their "rare and obsolete" car parts, which were expensive or unavailable.

During the time, it withdrew underwriting services for some models of  Suzuki, Mazda, Hyundai, Toyota and Renault.

Other affected are Toyota Succeed, Sienta, Passo and Porte models.
Business
4 weeks ago

Occidental Insurance Company has blacklisted 25 car models because of their rare and obsolete car parts which has proven to be expensive or ...
News
3 years ago
Post a comment
WATCH: The latest videos from the Star
by MARTIN MWITA Business Writer
Kenya
10 November 2022 - 01:00
Read The E-Paper