This will see trader earn Nuzo Coins when they buy and sell online.

•Africa has the fastest-growing number of internet users of any region and 60 per cent of its population is below the age of 25.

•The continent is also home to countries with some of the highest adoption rates of cryptocurrency like Nigeria, South Africa and Kenya. 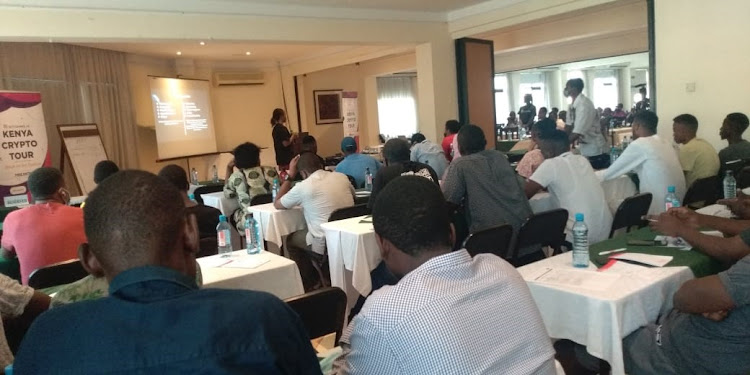 This will see trader earn Nuzo Coins when they buy and sell online which can be redeemed to buy goods or airtime.

The startup which launched in June has already 40,000 users and is growing rapidly.

Africa has the fastest-growing number of internet users of any region and 60 per cent of its population is below the age of 25; making the region both the world’s youngest and most rapidly-digitising.

The continent is also home to countries with some of the highest adoption rates of cryptocurrency like Nigeria, South Africa and Kenya – where an estimated 4.8 million people own cryptocurrency.

And Africans’ adoption of crypto is not slowing down; in 2021, usage grew by an astonishing 1,200 per cent.

However, compared to other regions, Africa still lags behind in eCommerce adoption with less than two of retail transactions happening online compared to 19 per cent globally.

Early players like Jumia, Konga and Amazon have only just begun to capture a small fraction of Africa’s $2 trillion in annual retail spend, with the majority of retail sales still occurring offline.

Nuzo Founder Charles Nichols believes that for eCommerce to succeed in Africa, the community has to participate in the economic ownership and governance of the platform – something that is only recently possible due to the emergence of Web3 technologies like blockchain tokens.

According to him, community ownership will drive eCommerce growth in Africa.“We believe that including the community in ownership and governance of digital platforms is the best way to unlock the true potential of digital commerce in Africa," Nichols said.

He is also the co-founder of another African startup, SunCulture which has raised nearly $50 million.

“We have seen first hand at Nuzo that by including our community in ownership, we have been able to build a popular marketplace that is growing very rapidly. The high engagement of the Nuzo Community enables us to create new marketing opportunities for businesses that can’t be found anywhere else,” he said.

This maps well to familiar concepts of community finance prevalent in Africa like Savings and Credit Cooperative Organizations (SACCOs) and Chamas, informal cooperative societies used to pool and invest savings amongst local communities.

Nuzo Coins appreciate in value as transaction volumes grow; this offers a totally new financial benefit to users for buying and selling online.

Apart from redeeming coins for goods and services, users can swap them for other crypto tokens or send money to friends, family and businesses with 90 per cent lower fees compared to mobile money services like Kenya’s M-Pesa.

In essence, Nuzo Coins are like cash, but appreciate in value rather than depreciate like many African currencies affected by high rates of currency devaluation and inflation.

Godwin Otieno, a customer and member of the Nuzo community, strongly says that online transactions are increasing and are being embraced by enterprises and clients.

"In the Kenyan context, the leading mobile network operators Safaricom and Airtel have laid formidable internet infrastructure that is promising for eCommerce companies. Nuzo, being the latest entrant, is influencing the scope for eCommerce by engaging at the grassroots-level and targeting the common Kenyan with incentives of Nuzo Coins," he says.

Another user, Flavia Mbuki says that besides economic value gained from using the Nuzo platform, customers and community members are involved in governance.

Mbuki added that this is the moment for Africa to unlock the true potential of eCommerce."

We are at the beginning of a new era where Africa’s merchants can create global brands through blockchain technology unlocked by the Nuzo platform".

According to him,this will bring an unprecedented level of trust between entrepreneurs and customers, creating opportunities for both small businesses as well as larger corporations while bringing prosperity to all Africans.

Post a comment
WATCH: The latest videos from the Star
by VICTOR AMADALA Business Writer
Kenya
07 November 2022 - 04:00
Read The E-Paper