Rights of workers will be protected by the two governments

• In a statement, Foreign Affairs CS Alfred Mutua, said there will be more opportunities apart from domestic works.

• Strict measures have been introduced to ensure safety of Kenyan workers. 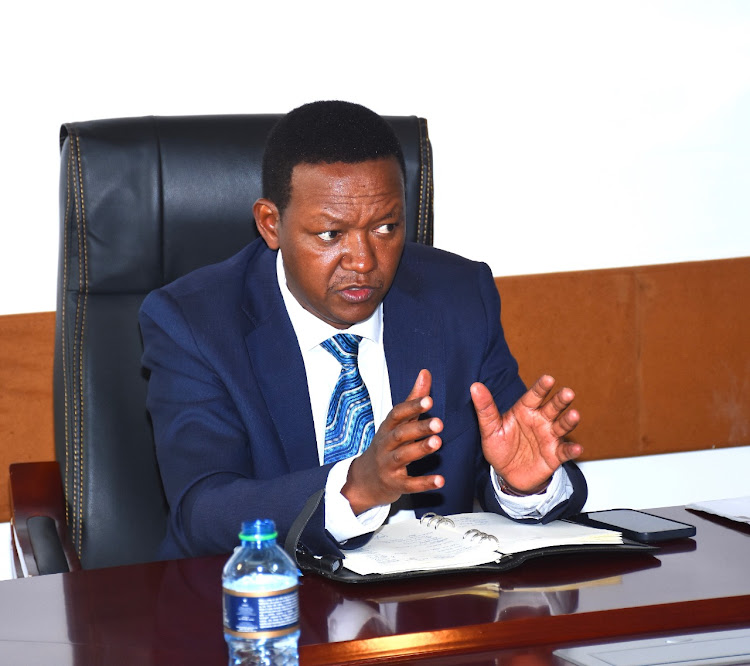 Kenya has inked bilateral agreements with Saudi Arabia for a conducive working environment for Kenyans.

This will attract more investments in the country and open more employment opportunities for not only the domestic workers but also for professional ones.

In a statement, Foreign Affairs CS Alfred Mutua, said there will be more opportunities apart from domestic works.

“We have asked for an increase in quotas to allow Kenyans to work in Saudi Arabia," Mutua said.

"We want more Kenyan graduates in hospitality engineering, nursing, doctors and people in all fields to be allowed to come to work there and they have said they need Kenyan labour.”

The CS said they also agreed to enhance trade and investment and the expansion of the country’s tourism sectors.

“This will increase employment opportunities and bring more money to our people,” he said.

Mutua further said the kingdom of Saudi Arabia views Kenya as one of its top partners.

He said they have also come up with concrete proposals that will make it easier for Kenyans to live and work in the Gulf.

Some of the proposals include; the establishment of more Kenyan agencies’ offices, flashing out illegal agencies, enforcement of the rights of workers as depicted by both the Saudi Arabian and Kenyan governments and breaking out cartels.

The CS said there is massive corruption in the way Kenyans are prepared to be domestic workers in Saudi Arabia hence contributing to their challenges.

"We have to break the cartels and streamline the agencies, some of which are owned by prominent Kenyans. This is a major concern to all of us including the government of Saudi Arabia,” he said.

The move by the Cabinet secretary comes at a time when the government is trying to create more employment opportunities in both the formal and informal sector, to contribute to the country's Gross Domestic Product.

According to the Kenya National Bureau of Statistics, the country’s GDP is estimated to have grown by 7.5 per cent in 2021 compared to a contraction of 0.3 per cent in 2020.

The nominal wage bill for private and public sectors rose by 8.4 per cent from Sh2.2 trillion.

Gachagua launches program that will create one million jobs for youth

He congratulated the business community for partnering with the State
News
1 month ago
Post a comment
WATCH: The latest videos from the Star
by VICTOR MUKABI
Kenya
04 November 2022 - 16:34
Read The E-Paper