Fuel power purchase costs increased from Sh11.1 billion to Sh26.5 billion because of the increased dispatch of electricity from thermal energy plants 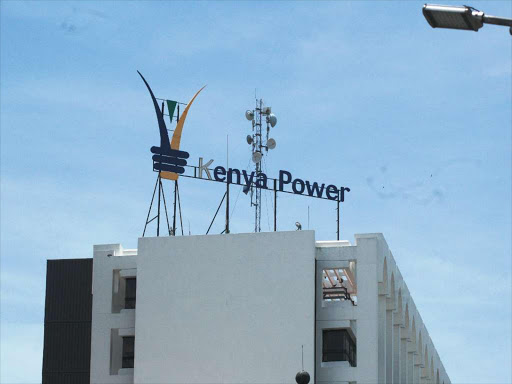 The radical reforms to cut system losses at Kenya Power saw the firm's net profits more than double in the year that ended June 30, 2022.

The growth was mainly driven by a 6.9 per cent growth in sales and a notable improvement of 1.5 per cent in system efficiency to 77.57 per cent.

This performance was enhanced by a 4.6 per cent reduction in operating costs based on the continued deployment of strategic cost management initiatives.

This, together with a 40.2 per cent increment in finance costs, attributable to the depreciation of the Kenya Shilling against major world currencies, resulted in a 37.5 per cent decline in gross earnings compared to the previous trading period.

The listed power producer's gross earnings for the year under review settled at Sh5.12 billion.

Commenting on the performance, Acting managing director Geoffrey Muli said the focus for the year set on building on the momentum built during the previous financial years when the turn-around strategy was rolled out.

''Despite some curve balls, all our core business lines have registered remarkable improvement,'' Muli said.

According to him, system efficiency, which has been on a six-year decline, improved because of the deployment of a clear strategy to curb losses pegged on enhanced field presence with focused inspections and the use of data analytics.

''The business plans to install an additional 75000 to SME and high-end domestic customers in this financial year,” he said.

The company's sales grew by 6.9 per cent to 9,163 GWh partly due to the addition of 453,916 customers, mainly in the SME and large power segments moving the total number of customers to 8.9 million.

Sales growth was also driven by increased usage amongst existing customers, a hallmark of the strides the economy is making to recover from the effects of the pandemic.

Operating expenses were reduced by 4.6 per cent from Sh39.9 billion to Sh38 billion mainly due to lower provisions for trade and other receivables, effective cost management and rigorous resource optimization initiatives implemented during the year.

The company’s net liability position improved by Sh10.7 billion to Sh55.74 billion mainly as a consequence of a reduction in overdue debt, and the clearance of a Sh3.6 billion overdraft.

Even so, non-fuel power purchase costs increased by 4.75 per cent from Sh76,04 billion the previous year to Sh79.65 billion due to increased electricity uptake from new generation plants during the period.

Fuel power purchase costs increased from Sh11.1 billion to Sh26.5 billion because of the increased dispatch of electricity from thermal energy plants from 876 GWh to 1,539 GWh.

This increase in a dispatch from thermal plants was due to inadequate electricity generation from hydro sources owing to failed rains, unavailability of key geothermal plants, the interruption of the Loyangalani–Suswa transmission power line, and an increase in fuel prices globally during the year

In the next two years, commercial debts secured by the company between 2014 and 2016 to undertake strategic capital investments in the network will mature enabling the Company to restructure its balance sheet.

This reduction in debt will provide the Company with headroom to explore innovative financing strategies like bonds and green financing to fund high-impact projects that will sustain the Company’s growth momentum.

There was also a reduction in operating cost by 4.6 per cent.
News
4 weeks ago

The high cost of living has seen users cut on consumption.
Business
1 month ago

The deal with Kenya Power will be effective as from 1st November 2022.
News
3 months ago
Post a comment
WATCH: The latest videos from the Star
by VICTOR AMADALA Business Writer
Kenya
27 October 2022 - 18:02
Read The E-Paper