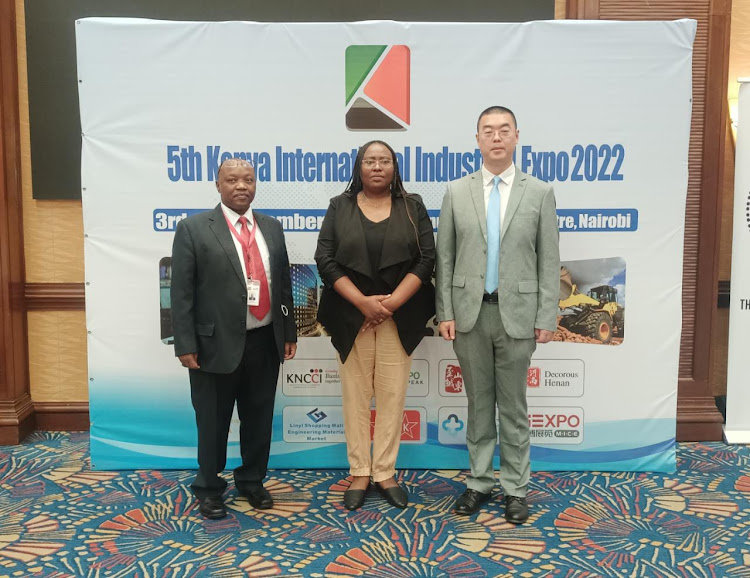 Kenya's exports to China have grown by almost 9.3 percent in the past five years even as the latter's contracts.

However, the trade deficit has continued widening.

This is according to half year data from the Kenya National Bureau of Statistics (KNBS) which shows that the deficit widened to Sh425.17 billion in the year through March 2022 from Sh370.58 billion a year ago.

This was a 15 per cent jump despite Nairobi making the world’s most populous nation a priority in its new export strategy in July 2018.

In June this year, Kenyan traders said China should further open its market for Kenyan goods and services to bridge the huge gap.

This was during the second Nairobi-China Trade and Investment Forum where they said that trading between the two was largely in favour of China.

Local traders have an opprtunity  to showcase their goods and services at the Kenya International Industrial Expo (KIIE's) trade exhibitions set for November in Nairobi.

This will KIIE's fifth edition expo will begin and is set November 3 at the Sarit Expo Centre.

Dubbed ‘Driving growth in Kenya’s manufacturing sector through technology and partnerships’, the expo is expected to drive the country’s development agenda by providing trade and technological exchange opportunities between Kenya and the world.

He said such expos boosted Kenya's exports to China during 2020-2021 period.

It is a major trading partner of many nations, contributing about 30 per cent of annual global growth.
News
1 month ago

The cargo will leave Mombasa port, where it will take 24 days before it arrives in China.
Counties
4 months ago

Kenya harvests close to 240,000 tonnes of avocado per year
Business
4 months ago

On Tuesday, avocados from Kenya were officially handed over to the Chinese market.
News
3 months ago
Post a comment
WATCH: The latest videos from the Star
by ALFRED ONYANGO
Kenya
24 October 2022 - 18:00
Read The E-Paper