Kenya counts on expo to cut trade gap with Egypt

Trade between the two countries has grown at annual rate of 3.8% in last 25 years 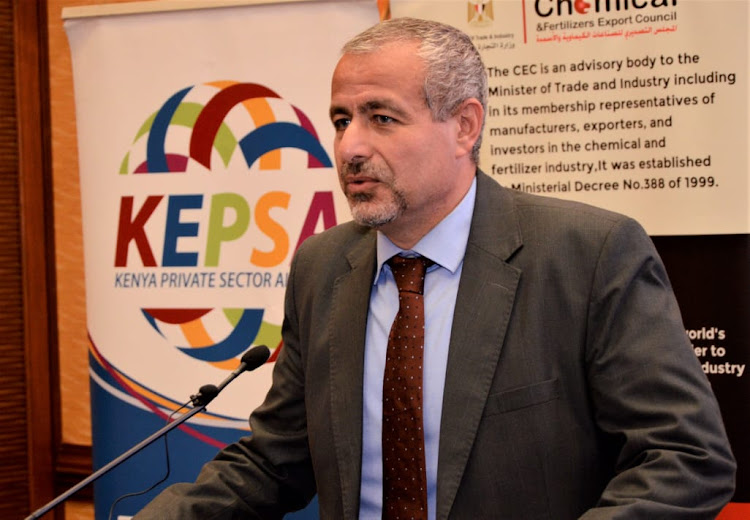 Kenya plans to increase value  addition on its agricultural exports to Egypt.

This the country hopes will help bridge the trade deficit between the two countries which currently is in favour of the North African state.

On Wednesday, the two countries resolved to increase their bilateral trade to boost economic development  and strengthen their diplomatic relationship.

The value of trade between Kenya and Egypt has grown 43.98 per cent to Sh61.91 billion between 2014 and last year, with the latter benefiting more.

Speaking at the forum, Egypt's Ambassador ,Khalid El Abyad said the two countries have lined up collaborative initiatives even as they target to expand to more markets in the continent.

“This is a great forum for Kenya and Egypt businesses to create links and grow. The private sector has helped Egypt boost its economy and we are still seeking more partnerships with African investors,” Khalid said.

At least 30 companies from Egypt are taking part in a two-day expo in Nairobi.

“ This relationship led to the rise in volume of trade to $666 million (about 80 billion) last year and it will continue to grow.” Chandaria said.

It is among the first six nations piloting the continental pact.
Business
2 months ago

KTDA is marketing brands at the International Tea Trade Workshop in London.
Business
2 months ago

Due to mounting public debt, locals are on the receiving end of increased cost of living
Business
2 months ago

The country, alongside Ghana were the first to ratify the deal.
Business
3 months ago

President Ruto on Wednesday flagged off the first consignment to Accra, Ghana.
News
1 month ago

This is the second time Ruto is meeting with the US delegation in less than a month.
InPictures
1 month ago

It is among the first six nations piloting the continental pact.
Business
2 months ago

Egypt state bank cleared to set base in Kenya

The country, alongside Ghana were the first to ratify the deal.
Business
3 months ago
Post a comment
WATCH: The latest videos from the Star
by BY VICTOR MUKABI
Kenya
05 October 2022 - 17:00
Read The E-Paper