This prompted social media uproar that saw the matter tend to top on Twitter for the larger part of the day. 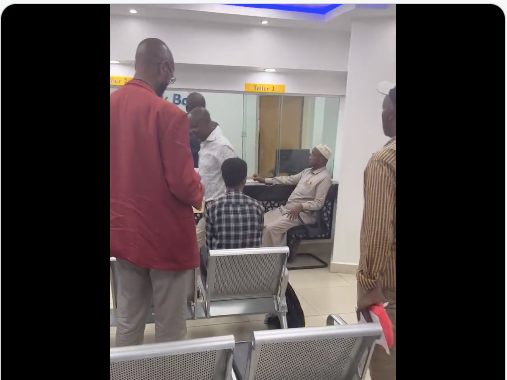 In a statement, the Shariah compliant lender said it took the measure to tame the effects of a" malicious rumor" about its financial position.

“We acknowledge that our customers may currently be experiencing challenges in some of their transactions occasioned by panic withdrawals informed by malicious rumors,” said CEO, Hussein Hassan.

“The bank has secured approval from the market regulator, Central Bank of Kenya, to limit some services to maintain stability in the short and long-term,” he said in a statement.

It added that while the restrictive measures were not favorable to customers,  they were necessary to maintain stability in the short and long term.

The lender later retracted the statement, saying it will give a detailed report in due course.

Earlier on Tuesday, there was confusion erupted at Wabera Branch after it emerged that no cheques were being cleared, and customers were restricted to a maximum withdrawal  of Sh10,000 only per day.

This prompted social media uproar that saw the matter trend to top on Twitter for the larger part of the day.

Last year, the International Monetary Fund (IMF) raised a red flag over five small banks and one mid-sized lender for being in breach of capital and liquidity ratios.

This was after a disclosure by CBK showed the regulator’s liquidity support to struggling banks hit Sh55.47 billion at the end of June 2021, from Sh36.94 billion issued in the previous financial year.

According to CBK, at least five lenders including FCB were yet to meet the requirements on capital and liquidity levels.

FCB's core capital was at Sh894.75 million at the end of 2021, which is below the required threshold of Sh1 billion.

First Community Bank was established in 2007 according to Sharia law by private Muslim investors in Kuwait, Kenya and Tanzania.

The bank received a Kenyan commercial banking license the same year and started operations in June 2008.

At least 28 Individual shareholders account for 83.4 per cent of the bank with a single corporate entity owning the remaining 16.5 per cent.

Have confidence in us! First Community Bank clarifies customers' uproar

Customers were allegedly restricted to withdrawing at most Sh10,00 a day.
News
1 month ago
Post a comment
WATCH: The latest videos from the Star
by By STAR REPORTER
Kenya
05 October 2022 - 04:00
Read The E-Paper