Most of Africa's GDP transacted via mobile money - report

At least Sh3.8 trillion was transacted via mobile in Kenya in the first six months of the year 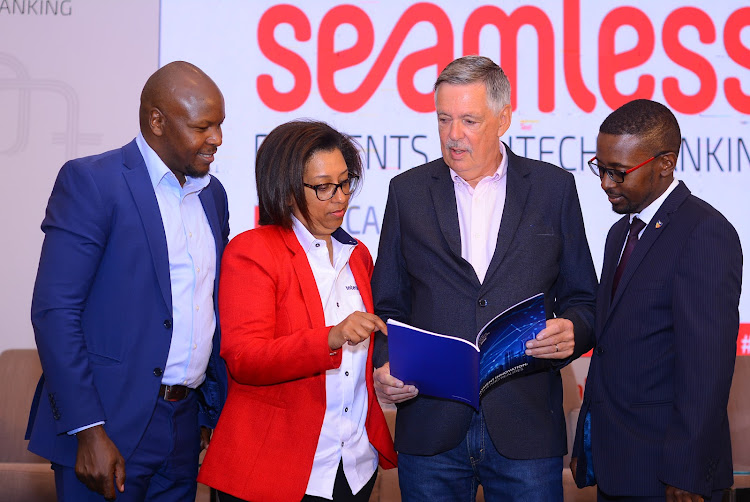 Market share of account-to-account (A2A) transactions is expected to increase steadily over the next five years, but the lack of a sustainable income stream for participants put the business case into question.

Account-to-Account (A2A) payments enable the direct transfer of monies between accounts without relying on third-party intermediaries or payment cards.

According to the 2022 Global Payment Innovation Report released Tuesday by World Bank and digital commerce company, Interswitch, the transaction mode is eating into card payments.

''Although the dominance of the card model in developed countries will be hard to shake, volume growth in card payments will be harder to achieve as alternative methods such as A2A grow their market share,'' the report says.

In Kenya, A2A payments account for 72 per cent of the total transactions, with mobile money services like M-Pesa leading the way.

One in every three shillings spent by consumers, businesses, and the government in Kenya in the first six months of the year moved through mobile money, cementing the country’s position as a global leader in the mobile money revolution.

The latest data published by the Central Bank of Kenya (CBK) shows that the cash handled by mobile money agents in the first half of the year increased by 17.5 per cent to Sh3.8 trillion.

The data, which tracks the monthly performance of mobile money, shows growth from Sh3.26 trillion over the same period last year.

Almost half of Africa's GDP is run via mobile phones and is likely to expand in the coming years.

According to a report by GSMA, Africa now accounts for 70 per cent of the world’s $1 trillion mobile money value.

In the review period, registered mobile wallets in Africa topped 621 million, a 17 per cent increase from 562 million captured in 2020.

Even so, the report says that while mobile is becoming the preferred form factor for payments globally, and gathering particular momentum in developing markets, it has significant regulatory hurdles to overcome.

The introduction of Central Bank Digital Currencies (CBDCs) is seen as highly likely in most markets.

The Jury was however not convinced that there is market demand for CBDCs and highlighted the significant operational costs of deployment.

Essentially, the Jury believes that CBDCs will happen, but not that there are tangible benefits for much of the industry nor end users.

“In the payments industry, there have long been competing ideas on what will be the ‘Next Big Thing’, particularly as many good ideas fail to achieve the scale to operate economically,'' John Chaplin, chairman of the Payments Innovation Jury said.

The report also found payment data is still not being utilised to its full advantage, with the exception of fraud control.

It says that regulatory restrictions on the use of personal data are leaving the field largely clear for a small number of global big techs who have better technology and a different business model than conventional payment providers.

In terms of which initiatives regulators should prioritise to promote innovation, the establishment of payment institution licenses with lower regulatory capital than full-service banks was seen as most effective, with sandboxes not being viewed as impactful.

The two areas of payments innovation where the Jury feel reality will diverge most from the promises were cryptocurrency and Buy Now Pay Later (BNPL), with BNPL usage set to increase in the short and medium term.

This is attributed to the strong benefits for consumers and merchants.

There was an almost even split between whether Banking as a Service (BaaS) is a technology model or a business model.

Hopes that traditional banks would benefit seem largely misplaced, as it is a new generation of specialist platform providers that are leading the charge.

The 2022 Payments Innovation Jury whose expert insights and perspectives essentially drove the report was made up of 79 senior payments leaders across 30 different markets.

A significant number of senior regulators and investors were recruited to the Jury for the first time since the inception of the report in 2008 to give it an all-inclusive 360-degree picture.

“It has been incredibly rewarding to gather the insights of 79 of the most senior players shaping the global payments industry whose views are curated in this report,'' Chaplin added.

Interswitch CEO Mitchell Elegbe said this edition coincides with the 20th anniversary of Interswitch’s inception, noting that at such a significant milestone in the company’s journey as a front-row contributor to payment innovation in Africa.

''Interswitch has once again had the privilege of supporting this worthy initiative that is facilitating balanced appraisal and a better understanding of the payments industry as it continues to evolve,'' Elegbe said.

CBDC would facilitate transaction through digitisation which would reduce the costs of transacting and holding cash.
Business
2 months ago

The whisk  is backed on the general African tech wave.
Business
3 months ago

Tap-and-go transportation is making a comeback in Kenya

•The rollout comes as cashless payments systems are seeing rapid adoption across Africa  • Unlike with Bebapay, O-CITY has gone for a system common ...
Business
2 months ago
Post a comment
WATCH: The latest videos from the Star
by VICTOR AMADALA Business Writer
Kenya
04 October 2022 - 21:00
Read The E-Paper