US reiterates vow to boost trade relations with Kenya

She spoke when she toured the Mars Wrigley chewing gum factory in Athi River on Friday. 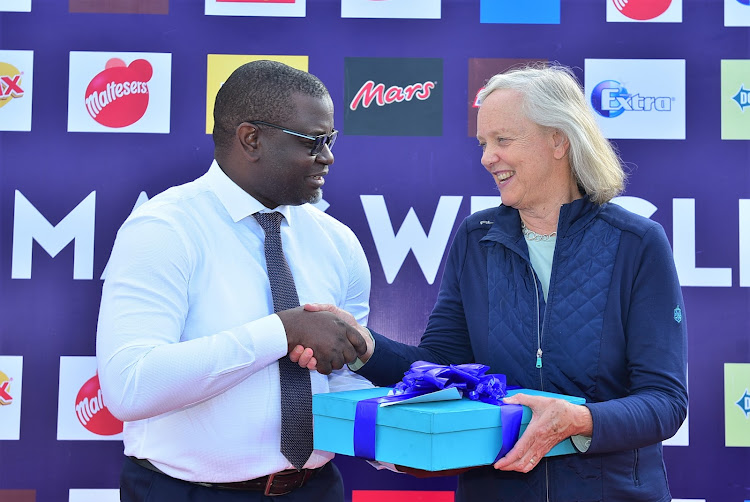 General manager Sub-Saharan Africa at Mars Wrigley, Ismael Bello handing a gift to the United States Ambassador to Kenya, Meg Whitman during her visit to the company on September 30, 2022
Image: HANDOUT

The United States Ambassador to Kenya, Meg Whitman has praised the role that US companies like Mars Wrigley are playing in driving trade, investment, and economic development in the country.

Speaking when she toured the Mars Wrigley chewing gum factory in Athi River on Friday, Whitman said strengthening trade and investment ties between the US and Kenya would be a key area of focus during her tenure.

“It was a wonderful experience touring the Mars Wrigley factory and seeing the automation, quality control and strong capabilities of the teams working there,'' she said.

She added that her role is to help create an enabling environment for US companies operating in Kenya and to promote trade and investment between the two nations.

Mars Wrigley  is a manufacturer and marketer of chocolate, chewing gum, mints, and fruity confections. It is part of Mars, Incorporated, a US-headquartered family-owned business.

It has more than 120,000 associates in 80 countries around the world, including Kenya.

Mars’ global annual revenues have reached almost $45 billion (Sh5.4 trillion), making it one of the most successful consumer goods companies in the world.

The general manager of Sub-Saharan Africa at Mars Wrigley, Ismael Bello thanked the Ambassador and her team for visiting the site and spending time with associates.

“We are happy to showcase our work. We are particularly proud of the steps we are taking to be sustainable, including partnering in a mutual way with local entrepreneurs in informal markets to solve the last-mile distribution challenge,” Bello said.

Since 2013, Mars Wrigley has partnered with local entrepreneurs in Kenya’s urban slums and rural areas to extend its reach to consumers.

This is through a programme dubbed 'Maua' which has seen the recruitment of more than 1,000 entrepreneurs nationwide.

Around 40 per cent of the entrepreneurs are women, which is in line with the company’s aspiration to help women in the workplace and value chain reach their full potential.

The negotiations slowed down in the run to the August 9 general elections.
Business
2 months ago

Katherine Tai and Betty Maina met on the sideline of the WTO Ministerial Conference in Geneva.
Business
5 months ago

Negotiations which started more than a year ago have been on and off.
Business
11 months ago
Post a comment
WATCH: The latest videos from the Star
by ALFRED ONYANGO
Kenya
03 October 2022 - 04:00
Read The E-Paper