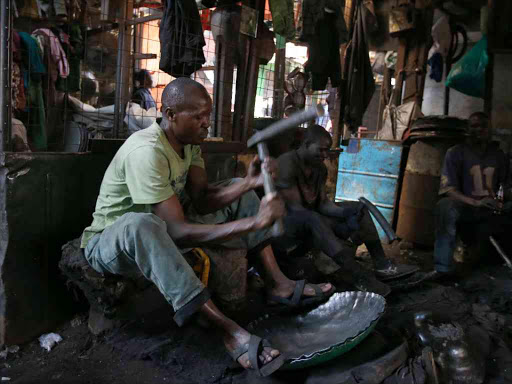 The concept of entrepreneurship has attracted greater interest in recent years due to the socio-economic roles it plays in contemporary society.

One of the most promising projects is the entrepreneurship project supported by the United Arab Emirates with $30 million, a support that will contribute to development and stability.

At the head of this support is Mohamed bin Zayed, President of the UAE

Due to the heightened interest in the subject, scholars and researchers alike have devoted a significant amount of time and resources to the study of the discipline.

It is important to note that there is no doubt about the benefits arising from the practice of entrepreneurship, but scholars are yet to agree on a universal standard definition of the concept

The stand-alone trait that makes an entrepreneur is the entrepreneurial spirit that inspires one from within to be the best one can be.

''It develops within an individual who demonstrates a true passion for building something great from nothing and the will to push themselves to the limits to achieve their goals''.

He believes that by brewing local entrepreneurship, governments will manage to create enough revenue streams to curb debt dependency.

In 2021, global debt reached a record $303 trillion, according to the Institute of International Finance, a global financial industry association.

This is a further jump from the record global debt in 2020 of $226 trillion, as reported by the IMF in its Global Debt Database. This was the biggest one-year debt surge since the Second World War, according to the IMF.

Most countries in the global south like Kenya are now spending most of their resourcing on service loans, leaving little for development.

Early in the year, lawmakers raised the nation's debt ceiling by 11 per cent to Sh10 trillion, giving the government additional headroom to fund its 862 billion-shillings budget financing gap in the 12 months through June 2023.

Kenya spent almost 57 per cent of taxable income in the past financial year paying off loans, according to the National Treasury.

Apart from public debt, domestic debt has worsened, with average non-performing loans hitting five year high of above 14 per cent.

This has made it tough for entrepreneurs access to markets, with banks requiring collateral that most of them do not have.

According to UAE, youth entrepreneurship depends on inclusive economic systems and a business-friendly climate.

The gulf country hopes that the new administration in Kenya led by President William Ruto will be aware of this important challenge to advance the economy, youth and the future of the country.

Uhuru and and the Crown Prince discussed ways to strengthen bilateral ties.
News
9 months ago

The schism which started in the Gulf has spread like a virus.
Business
2 years ago

Uhuru directed Kenyan Government officials to be at forefront in facilitating trade.
News
9 months ago
Post a comment
WATCH: The latest videos from the Star
by VICTOR AMADALA Business Writer
Kenya
02 October 2022 - 21:00
Read The E-Paper