It has been attributed the high cost of living to a sharp increase in the cost of food, fuel and cooking oil over the past 12 months. 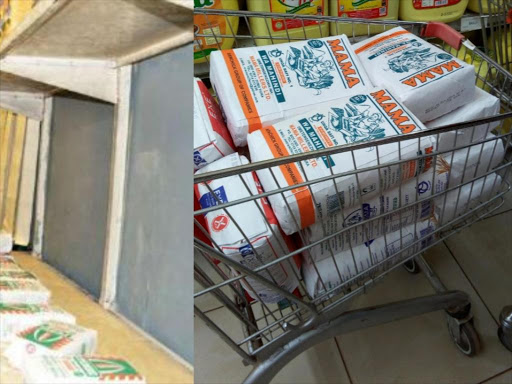 The cost of living in Kenya rose to the highest level in 63- months in September to hit 9.2 per cent up from 8.5 per cent in August.

The Kenya National Bureau of Statistics (KNBS) has attributed the high cost of living to a sharp increase in the cost of food, fuel and cooking oil over the past 12 months.

The last time the country witnessed this kind of inflation was in June 2017 when it hit 9.21 per cent.

It marks the fourth month in a row that the year-on-year cost of living measure crossed the upper limit target of 7.5 percent, a trend last witnessed five years when the country went to the presidential polls.

The statistics body said the inflation was largely driven by the average cost of food and non-alcoholic drinks which climbed 15.5 per cent. Housing, Water, Electricity, Gas and Other Fuels Index increased by 7.3 per cent in the last 12 months.

The Consumer Price Index (CPI), a measure of the weighted aggregate change in retail prices paid by consumers for a given basket of goods and services increased by o.9 per cent to Sh126.73 from Sh125.58 in August.

The month-to-month food and non-alcoholic beverages index increased by 0.5 per cent.

Prices of a kilo of maize flour lose, sugar, mangoes, rice and a bar of laundry soap rose by 8.4 , 4.9,3.5 and 2.9 per cent receptively during the month under view.

A two-kilo packet of white maize flour, the country's staple food hit a high of Sh169 despite the arrival of import duty waived maize.

The country has been experiencing a maize shortage for at least four months now, an aspect that prompted the National Treasury to impose a waiver of import duty and allowed imports outside the Common Market for Eastern and Southern Africa (Comesa).

Beer, wine and rent went up by 1.2, 0.8 and 0.7 per cent respectively. Even so, vegetable prices eased during the month, with carrot and onion prices dropping 6.4 and 2.4 per cent in that order.

Experts have predicted even higher inflation coming months as the shilling continues to tumble against the dollar and the application of an inflation adjustment tax.

During the period, prices of most vegetables went down, with tomatoes and carrots dropping by 10.2 and 7.2 per cent respectively.

Post a comment
WATCH: The latest videos from the Star
by VICTOR AMADALA Business Writer
Kenya
30 September 2022 - 19:41
Read The E-Paper