Tim Cook: 'No good excuse' for lack of women in tech

Says there are still "not enough women at the table".

•Apple has just launched its founders' development programme for female founders and app creators in the UK.

•It had 35% female staff across its global staff in 2021, according to its own diversity figures. 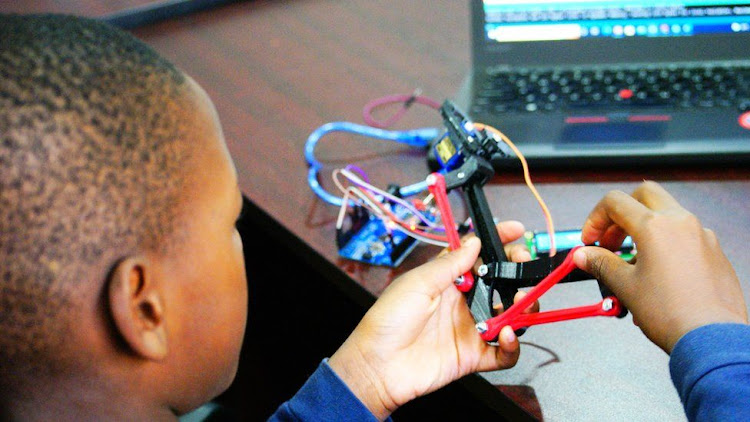 Apple chief executive Tim Cook says there are still "not enough women at the table" at the world's tech firms - including his own.

In an exclusive interview with the BBC, Mr Cook said technology "will not achieve nearly what it could achieve" without a more diverse workforce.

He said there were "no good excuses" for the lack of women in the sector.

He also said he thought Augmented Reality (AR), and the concept of the Metaverse, were "profound."

"In the future people will wonder how we lived without AR," he says. "We're investing a tonne in that space."

Augmented Reality is a mixture of digital content and the real world - a very simple example might be using the phone on your camera to insert virtual furniture before you buy it, to see how it might look in your house.

The metaverse is the concept of entire virtual worlds - and big tech is investing heavily in it, not least Meta, formerly Facebook, which re-branded itself to reflect its new priority.

I met Tim Cook during his first visit to the UK since the pandemic.

In person, the boss of the world's richest company is affable, polite and thoughtful.

He's softly spoken, and was dressed in his trademark dark clothes. He wasn't big on small talk, although we joked about the British weather, and he offered his condolences on the death of the Queen.

Mr Cook told me he is "not a great role model" for work-life balance and that it isn't a phrase he associates with himself.

"There's little distinction between personal and work, they blend," he says.He adds that he tries to "compartmentalise" issues that are outside of his control. "I realise that they're there… but I don't obsess with it," he says.

He was fascinated by my BBC audio recorder and turned it over in his hands a few times once we had finished our interview.

I confessed that I'd had to ask his colleagues if I could borrow some wired headphones to plug into it - Apple largely ditched the headphone socket from its iPhones in 2016, in favour of wireless in-ear AirPods.

"Oh we still sell those," he said seriously of the wired pair hanging from my ears. "People still buy them."

He was keen to talk to me about another subject close to his heart - diversity.

Apple has just launched its founders' development programme for female founders and app creators in the UK.

"I think the the essence of technology and its effect on humanity depends upon women being at the table," Mr Cook says.

"Technology's a great thing that will accomplish many things, but unless you have diverse views at the table that are working on it, you don't wind up with great solutions."

He said while companies including his own had made progress on diversity, there were "no good excuses" for the tech sector not to employ more women.

Apple had 35% female staff across its global staff in 2021, according to its own diversity figures.

It launched its original Apple Health Kit in 2014 without a period tracker - which led to accusations that this was an oversight due to male bias among its developers.

One challenge facing the sector is the lack of girls choosing to pursue science, tech, engineering and maths subjects at school.

"We have to fundamentally change the number of people that are taking computer science and programming."

His view is that everybody should be required to take some sort of coding course by the time they finish school, in order to have a "working knowledge" of how coding works and how apps are created.

Apple has also created its own programme language, Swift, along with content for learning how to use it.

Mr Cook and I also met a small group of female app founders, three of whom have joined Apple's new programme.

One of those is Alexia de Broglie, who created a personal finance education app called Your Juno, for women and non-binary people, after being shocked by how little her female friends understood about finance.

She said she belongs to some WhatsApp groups for founders, and that some of those are 90% male.

"[The women] all know each other on a first-name basis, which is crazy, because there are so many men that are building start-ups, and they definitely don't know each other."

Ariana Alexander-Sefre runs Spoke, a wellness app aimed at young people, which she created after her younger brother lost a friend to suicide.

"I'd love to see the whole playing field just equalised."