The credit facility has on boarded 28 million customers since 2019. 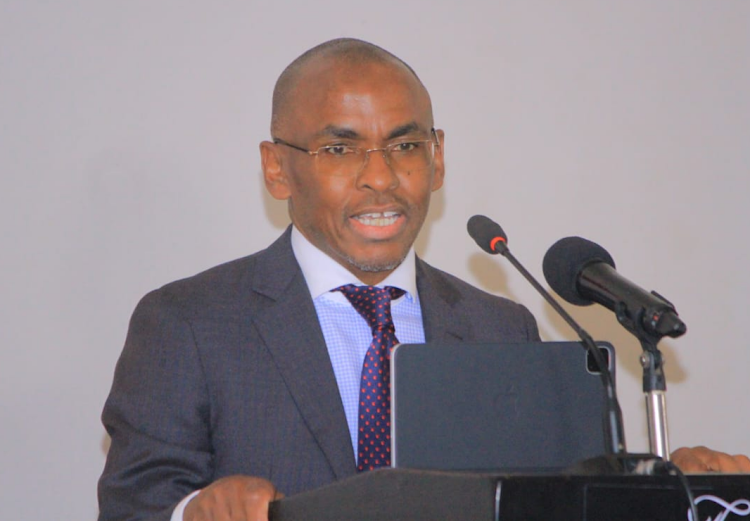 President William Ruto has hinted at channeling the Sh50 billion Hustlers Fund via Fuliza and other regulated mobile lenders.

Speaking at a joint press conference where Fuliza charges were slashed by 50 per cent, Ruto said his government is ready to work on a credit guarantee scheme to support the overdraft facility if interest rates are cut to a single digit.

He challenged the three entities to think of a product that will cater for micro small and medium enterprises that provide 80 per cent of employment opportunities.

''The government of Kenya is ready to work with you in the fintech space to come up with a product that will see small traders access to credit at a single-digit interest rate,'' Ruto said.

He had in his campaigns promised a new economic order that would address unemployment and lack of opportunities for youth, pledging to pump billions of shillings in support of sectors such as the Boda Boda and small retailers.

Speaking during his inauguration ceremony early this month, Ruto had indicated that the Hustlers Fund will be disbursed through Chamas, Saccos and Cooperatives to make credit available on affordable terms that do not require unnecessary collateral.

The 50 per cent cut on charges will now see borrowers between Sh101 to Sh500 charged a daily fee of Sh3, down from Sh5.

Fuliza further announced that overdrafts of less than Sh1,000 will have a three-day waiver on daily fees.

The latest disclosures by NCBA Bank show at least Sh578 billion was borrowed from Fuliza last year as ease of use and economic hardships pushed new users to the overdraft service.

This translates to Sh1.6 billion every day, with the average amount per borrower standing at Sh300.

On Wednesday, KCB Group CEO Paul Russo and his NCBA counterpart John Gachora committed to supporting the new administration's zeal to ease the cost of credit and access to those at the bottom of the economic pyramid.

He echoed Ruto's call for prudential banking practices, insisting blacklisting of loan defaulters will be a thing of the past.

''I want to make it clear that customers' credit history will be used as a measure of reward and not punishment. We are about to finalise the risk-based loan pricing model,'' Njoroge said.

Speaking at his swearing-in ceremony Ruto termed the current framework by CRBs arbitrary and punitive, saying it had blocked many borrowers from credit access.

He instead suggests a new system of credit score ratings that provides borrowers with an opportunity to manage their creditworthiness.

Yesterday, he clarified that the government is not planning to do away with CRB but rather to use credit information to inform loan pricing rather than blacklisting.

''Go tell CRBs that we are not in any way suggesting to scrap them. A banking sector cannot function without a credit history. We just want to use the information more positively,'' Ruto said.

Post a comment
WATCH: The latest videos from the Star
by VICTOR AMADALA Business Writer
Kenya
29 September 2022 - 00:25
Read The E-Paper