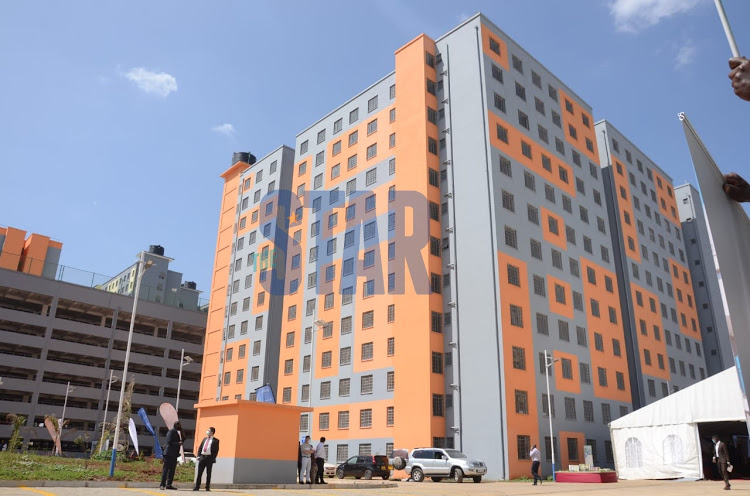 In a review published Monday, the lender says the ongoing rate hikes could slow sector activities in short time by almost half the pace of growth before the market corrects.

“Tighter financial conditions tend to have a direct impact on commercial property prices by making it more expensive for investors to finance new deals or refinance existing loans, thereby lowering investment in the sector,” IMF says in the report.

According to the lender, prices of industrial and residential properties have surged globally since the end of 2020, while the worst affected retail and office segments have shown some signs of stabilisation.

Even so, in the past two months, the momentum seems to be losing steam as central banks shift to hiking interest rates.

On Wednesday last week, the US Federal Reserve announced another sharp hike in interest rates as the central bank struggles to rein in runaway inflation.

The Fed raised its benchmark interest rate by 0.75 percentage points, the third such outsized rate increase in a row, bringing the Fed rate to 3-3.25 per cent and increasing the cost of everything from credit card debt and mortgages to company financing.

It has signalled more raises to come, predicting rates would reach 4.4 per cent by the end of the year and not start coming down until 2024.

This is expected to hit housing prices which have seen rent price go up six per cent while mortgage has increased to 6.8 per cent.

In Kenya, real estate analysts say they are yet to feel the pinch of the global monetary policy shift, adding that the current interest rate is quite favourable.

Speaking to the Star on phone, a realtor Eliud Mukasa, said the sector has recorded an impressive recovery in the past 18 months, growing above six per cent in the past two quarters.

Data from the Central Bank of Kenya shows that the sector has cut nonperforming loans by almost 90 per cent compared to a 21.6 per cent increase in NPLs reported in 2021.

Growth in the  country's real estate sector is expected to remain on the growth pedestal this year according to the latest projections by real estate company Cytonn Investments.

The firm, in its latest report dubbed Real Estate Sector 2022 Market Outlook says volatilities in the global financial sector will have a limited impact on Kenya's real estate industry which is in recovery.

Recently, Knight Frank said Kenya's supply of commercial space is currently saturated and no new major office developments are expected to enter the Nairobi market until 2023.

The estate agency, residential and commercial property consultancy firm said this is because most firms have either resumed working from the office or have adopted a hybrid version with the ebbing of the pandemic.

The increase in rentals was mainly attributed to the reopening of the economy. A significant amount of office space was also released into the Nairobi office market in the second half of last year.

According to IMF, financial conditions are indeed an important driver of commercial real estate prices, and they help to explain the divergent performance of the sector across regions during the pandemic.

In general, economies with lower real interest rates and other market conditions that make it easier to obtain financing saw a smaller decline in commercial property prices during the pandemic and a faster recovery.

It says commercial property prices have been higher in countries which implemented relatively less stringent public containment measures to control the spread of the virus, rolled out larger fiscal support packages, and have a higher vaccination rate.

The lender says that disruptions in the commercial real estate market could in turn potentially threaten financial stability through the connectedness of the sector with the financial system and the broader macroeconomy.

''Continued vigilance is warranted on the part of financial supervisors to mitigate such risks,'' the report reads in part.

Say affordable housing will lessen the burden of home ownership.
Counties
2 months ago

In 2018, the state demolished several building in Nairobi built on waterways
Business
4 months ago

This has pushed the up prime residential prices by 3.5 per cent in the past year
Business
5 months ago