It intends to generate the capacity needed to scale and provide digital skills to 30 million Africans. 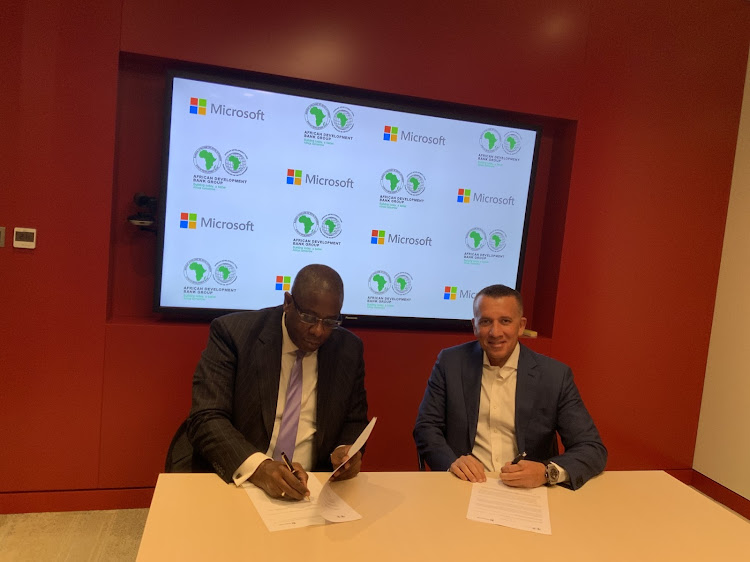 Microsoft and the African Development Bank will teach and finance Africa’s youth entrepreneurs.

It seeks to support the establishment of national-level institutions through a public-private collaboration model to scale up technical and financial support for youth entrepreneurs and build their capacity.

Through its African Transformation Office (ATO), Microsoft will work with the bank to develop youth entrepreneurship ecosystems, creating jobs and scaling impact through digital inclusion.

In a statement, Microsoft Africa Regional Cluster general manager Wael Elkabbany said they believe much can be done to help foster youth entrepreneurship in the continent.

"This will drive greater economic inclusion for this key segment of the population, and ultimately build a more prosperous society," Elkabbany said.

According to Microsoft, Africa’s young population is expected to double in size by 2050, reaching 830 million.

Between 10 and 12 million youths join the continent’s workforce every year whereas just over 3 million jobs are created, meaning large numbers of people remain unemployed.

The tech firm believes that youth entrepreneurship will go a long way to solving the employment challenge.

On his part, AfDB Vice president for Private Sector, Infrastructure and Industrialisation Solomon Quaynor said the partnership is an important journey towards harnessing Africa’s demographic dividend.

"Such strategic partnerships will go a long way in creating of millions of jobs for young Africans by 2025,” said Quaynor.

Through the initiative, the bank will bring together all relevant financial and non-financial parties and partners to play their respective roles in supporting youth entrepreneurs.

Microsoft will also leverage its partner ecosystem, which covers 54 countries across the continent, to action on key technology solutions across four key areas.

These include skilling, connectivity, small-to-medium enterprise (SME) digitisation and hardware.

The SME access to bundled hardware solutions will be created by Microsoft and its partners and will also be able to purchase Microsoft technology at discounted prices.

The partnership forms an important part of Microsoft ATO’s mission to empower 10 million SMEs through access to skilling initiatives and investments.

It intends to generate the capacity needed to scale and provide digital skills to 30 million Africans.

Kenya still at the forefront of technological innovation

Like many countries in Africa Kenya does not have an optimal physical telecommunications infrastructure.
News
3 months ago

Mr Allen, who co-founded Microsoft in 1975 with his childhood friend Bill Gates, died in 2018 aged 65.
News
3 months ago

About 230 million jobs in Africa will require some level of digital skills by 2030.
Business
4 months ago

Heatwave forced Google and Oracle to shut down computers

As Britain baked, overheating also hit a Google Cloud data centre location in London.
News
4 months ago
Post a comment
WATCH: The latest videos from the Star
by BY VICTOR MUKABI
Kenya
26 September 2022 - 18:00
Read The E-Paper