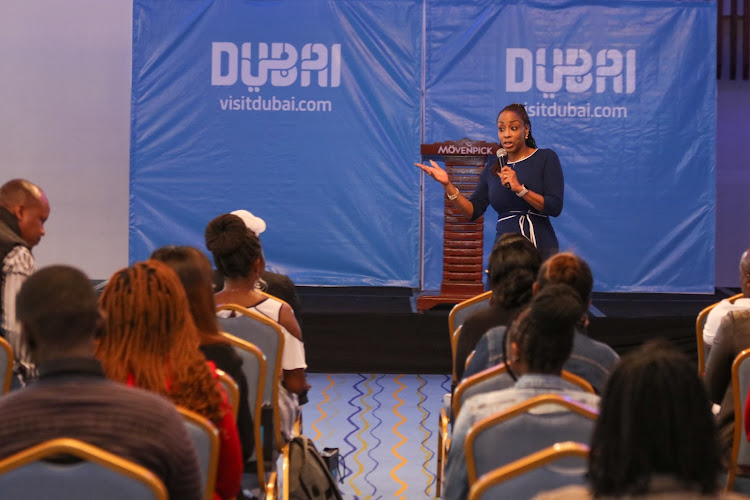 Dubai is courting travellers from Kenya with medical tourism, flexible visa rules and diverse products even as it targets 25 million visitors by 2025.

Speaking exclusively to the Star during the final leg of the multi-city roadshow in Nairobi, director of International Operations for the Dubai Department of Tourism and Commerce Marketing Stella Ibiene asked travel agents to take advantage of the whole package.

"We have extended the roadshow beyond tourism to showcase the competitive advantage Dubai has over other destinations. From rich cultural values to a top-notch health system,'' Ibiene said.

If you're interested in visiting Dubai, you're being advised to do so during the off-peak season. https://bit.ly/3Uynywz

She added that over 40 firms ranging from hotels, hospitals, attractions, Destination Management Companies (DMCs) and other stakeholders in the Dubai tourism ecosystem have been showcased in Nigeria, Uganda, Ethiopia and now Kenya.

The expo is coming back after a two-year hiatus due to the Covid-19 pandemic that almost crippled the global hospitality and tourism sectors.

According to her, Kenya is among the top tourist markets for Dubai, adding that the destination has diverse products targetting travelers from all economic brackets.

''Dubai has affordable hotels, shopping malls and other packages cutting across social classes, from the top, middle and bottom of the economic pyramid,'' she said.

It is perhaps for this reason that the country maintained the highest hotel booking globally in the first five months of the year.

This is also attributed to the urge to drive, establish, maintain and show its safe, open, and accessible system.

The latest tourism figures from DET show that overall, Dubai hotels maintained an average occupancy level of 76 per cent from January to May 2022.

According to data from hotel management analytics firm STR, Dubai ranked the best globally in hotel occupancy, ahead of other international destinations including New York (61 per cent), London (60 per cent) and Paris (57 per cent), for the January-April 2022 period.

Her sentiments are echoed by Mida Travel World's boss Jithin Hassan who calls on travelers to take advantage of friendly visa rules between UAE and Kenya to sample Dubai's exotic hospitality.

In July, UAE granted Kenyans an extension of their tourist visas to six months from the current one month.

Speaking to the media, the Foreign Trade Minister in UAE, Than' Ahmed Al Zeyoudi, stated that the move would enhance trade relations and enable more Kenyans to make a mark in the Gulf country.

He added that the new development would take effect at a date to be announced by the government.

If you're planning to travel to Dubai for a retreat or business tour, you're advised to go for a full-body medical check-up for your well-being. https://bit.ly/3S5Xasd

The Kenya Association of Travel Agents (KATA) chief executive Agnes Mucuha urged members to explore beyond holidaying to grab health and other opportunities for their clients.

''Travelers are looking for added value. Dubai is offering just that, adding that the demand for the destination has been on the rise in the past five years,'' Mucuha said.

Mohamed Xehia from Dubai Health Authority on his part called on those traveling for medication to take advantage of competitive rates and the best facilities.