Export earning up 17% on a strong dollar 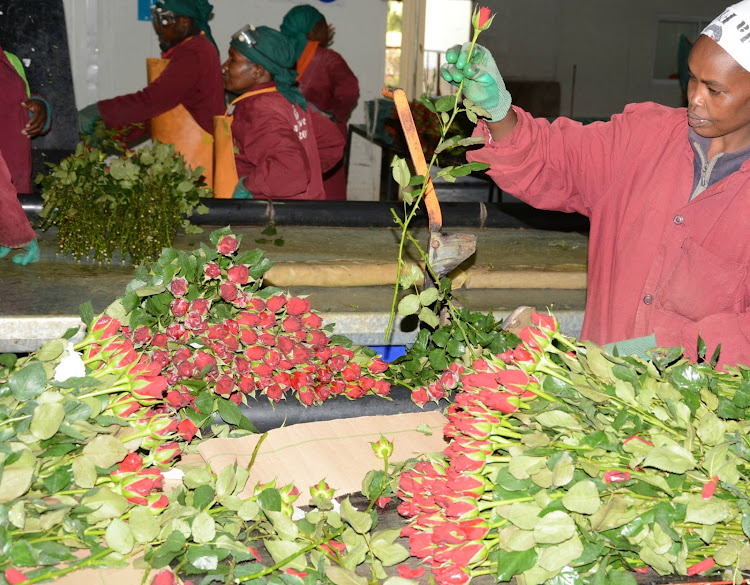 A worker at a flower farm in Naivasha.
Image: File

This slightly cut the country's current account deficit to 5.1 per cent from 5.2 per cent same period of the previous financial year.

The dollar index, which measures the value of the US greenback against a basket of other foreign currencies, has gained 15 per cent so far since last year.

This was primarily due to the aggressive rate hike decision of the US Federal Reserve and global investors moving assets to the perceived safety of the US amid geopolitical tensions.

Uganda remains Kenya’s largest market, exporting goods worth Sh91.6 billion, followed by the Netherlands at Sh61.6 billion and the USA at Sh59.5 billion.

The African market, Europe and Asia are some of the highest export regions yielding an export average of Sh170 billion.

On the other hand, the total value of imports increased by 30.9 per cent from Sh1.6 trillion in 2020 to Sh2.1 trillion in 2021, with petroleum contributing to 67 per cent of the increase in the import bill.

Importation of food products like wheat, maize and rice rose in the value during the review period.

The imports that are consumed majorly in the country are wheat which is the highest imported commodity amounting to approximately 1.8 million tonnes, iron and steel and cement clinker with 1.7 million and 1 million tonnes respectively.

Other commodities imported in high tonnage for the year 2021 include animal, vegetable fat and oil, chemical fertilisers and rice,” the report indicates.

The volume of trade in the year under review amounted to 2.8 trillion compared to 2.2 trillion in the year 2020.

KenTrade chief executive officer Amos Wangora said the findings on both the imports and the exports are made possible through the availability and the increased use of the TradeNet System.

“We have recently made an upgrade of the Kenya TradeNet System to Trade Facilitation Platform (TFP) which has since made the Partner Government Agencies and Users of the system enjoy vast advantages.

The platform, Wangora said is an advancement of the new technology which is robust in nature.

Others are the Agriculture Food Authority Directorate, Tea Board Of Kenya, Port Health, and upcoming integration with Kenya Revenue Authority (KRA) and KEBS (Kenya Bureau of Standards).

The Trade Facilitation platform has great capacity, is user-friendly, and scalability and it has in the recent past attracted over 35 Partner Government Agencies with over 17,000 users.

“With the recent Presidential ascent of the Kenya National Electronic Single Window System Act 2022, we are looking forward to advancing our services and offering efficient service delivery to Kenya and its environs,” Wangora said.

This is the first report from the new Business Intelligence (BI) Tool.

The tool, which was co-founded by TradeMark East Africa (TMEA), went live on June 30.

The BI is helping the Agency visualise internal and external strengths and weaknesses, detect opportunities for more innovation and will be instrumental in KenTrade’s goal of reducing the cost of doing business in Kenya.

The value of Kenyan exports in the six months to June rose 18.7% to Sh434.1 billion
Business
1 week ago

Shilling drops to a new low on election petition fever

The court is expected to render a verdict by September 5, bringing some normalcy in the economic space.
Business
4 weeks ago

Kenya’s current account deficit as a percentage of GDP widened to 5.1 percent in April from 4.8 per cent a year earlier.
Business
1 month ago

There were fears a cut on imports by the South Asian country would hit Kenya.
Business
3 weeks ago

Kakuzi is undertaking commercial engagements with Driscoll’s, the global market leader in fresh berries.
Business
1 month ago
Post a comment
WATCH: The latest videos from the Star
Kenya
21 September 2022 - 21:00
Read The E-Paper