The funds will go along way in addressing cashflow constraints among OMCs.

•The government and Oil Marketing Companies have been at logger head over delayed payments under the subsidy programme.

•KCB has been facilitating oil importation into the country by financing oil firms under its portfolio that have won business under the Open Tender System (OTS). 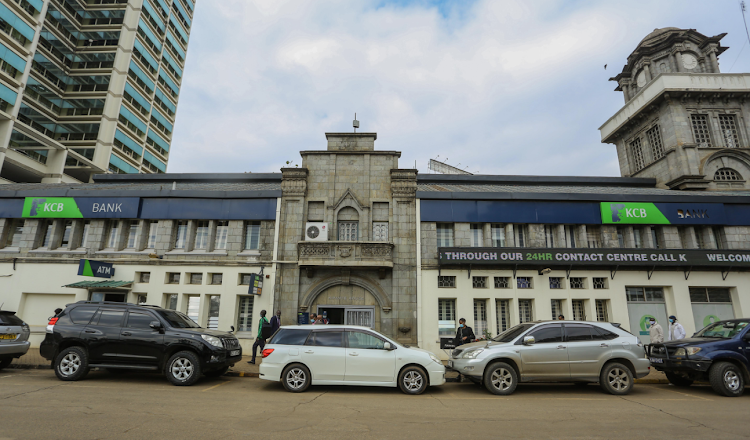 The move comes as the government mulls removal of the fuel subsidy, which has already been withdrawn on super petrol, with diesel and kerosene remaining covered.

OMCs are demanding about Sh59 billion from the government, which recently compensated them Sh5 billion for the fuel subsidy programme.

President William Ruto has indicated the government will have to do away with subsidies, where fuel alone has consumed Sh144 billion in the last one year.

The government has been at loggerhead with OMCs over refunds, which led to a countrywide shortage in April this year when the companies held on to products.

Last month, Supply Coordination Committee (SupplyCor), the umbrella body for oil marketing companies in Kenya said delayed compensation by the government had made it difficult to operate optimally, hence disruption in supply of fuel products.

The funds, KCB said, gives the OMCs a strong room to import refined white oils from multinational oil suppliers for distribution across the country and the wider East African region.

The tenders financed include the importation of JET A-1(Jet Fuel), PMS (Petrol) and AGO (diesel) products.

“We are working with the oil marketers to better support them to compete in the global petroleum market,” KCB Group CEO Paul Russo said.

The bank has been facilitating oil importation into the country by financing oil firms under its portfolio that have won business under the Open Tender System (OTS), through the Ministry of Petroleum and Mining.

Under the OTS system, the winning oil marketer imports the fuels on behalf of other firms using the confirmed allocations; the other oil marketers are mandated to offtake their volumes upon arrival.

With the government indicating doing away with oil subsidies, the price of fuel in the country is set to surge in the coming months, pegged on high global crude prices and a weak shilling to the US dollar, which makes imports costlier.

The centrality of energy in the economy has been identified as a key driver of the development agenda with ripple effect in all sectors of the economy.

OTS is run through monthly tenders and entails sourcing of petroleum predominantly from the spot market, whereby petroleum is sourced from the open market without any prior contracts.

Doing away with the subsidy is among conditions given by the IMF, which is also pushing the government to increase its revenues in the run to paying off the country’s debt, currently at Sh8.6 trillion.

In the third review of the International Monitory Fund $2.34 billion (Sh 281.8billion) loan, Kenya committed to end the fuel subsidy before October.

The new administration has since slashed the amount spent on fuel subsidies from Sh19 billion to Sh4.3 billion.

This was in last Wednesday’s monthly price review where the Energy Petroleum and Regulatory Authority (EPRA) announced a price increase on all the three products-petrol, diesel and kerosene.

The adjustments on the subsidy is said to have saved Sh14.7 billion.

During his inaugural speech, Ruto had said the country could be spend over Sh280 billion on fuel subsidies if it remained in place, which he argued was unsustainable.

Meanwhile, taxes continue to form the biggest part of pump prices in Kenya where the government takes about Sh60 on every litre of petrol sold.

Currently, a litre of petrol is retailing at Sh179.30 in Nairobi, up from Sh159 while diesel increased by Sh25 to retail at Sh165 in Nairobi.

The price of Kerosene also increased by Sh20 meaning to retail at Sh147.94 in Nairobi.

Industry players and consumers have been calling for a reversal of the fuel price calculation formula used by EPRA, amid other changes.

The government also takes Sh0.03 per litre as Merchant Shipping Levy and Sh1.65 per litre of petrol as Import Declaration Fee.

Post a comment
WATCH: The latest videos from the Star
by MARTIN MWITA Business Writer
Kenya
19 September 2022 - 18:00
Read The E-Paper