Famers say they have lost 20 and 25% of their share since the war began early in the year. 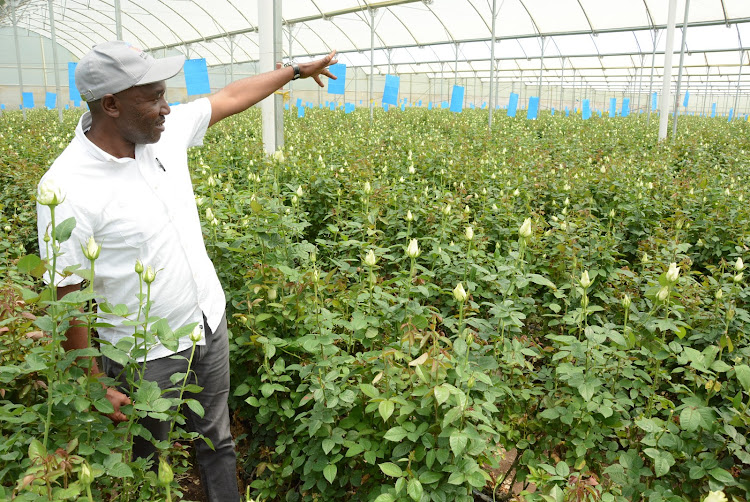 Horticultural farmers in the country have expressed their concern over the dwindling markets in the EU following the ongoing war between Russia and Ukraine.

According to the farmers, they have lost between 20 and 25 percent of their share since the war began early in the year.

There is however hope that the prices of fuel will fall in the coming months, a move that would reduce the high cost of production.

This emerged at the end of the two-day Naivasha Horticultural Fair which brought together close to 200 exhibitors who had turned up to showcase their products and services.

According to the chairman of the Fair Richard Mcgonnell, the sector continued to record various challenges which were adversely affecting production.

He pointed to the high cost of fertilizer and chemicals as the major ones since the Russian war started months back.

“The sector was on its recovery from Covid-19 when the Russia invasion came up leading to a loss of between 20-25 percent of our market share in the EU,” he said.

Addressing the press, Mcgonnell expressed the farmers' concern over the high prices of electricity compared to the neighbouring countries of Uganda, Tanzania and Ethiopia.

“We are deeply concerned by the overheads in this sector which are pushing growers to closure, meaning job and tax losses for the country,” he said.

He at the same time challenged the government to assist small-scale farmers on the issue of soil testing which remained a major challenge thus affecting production.

A farmer Elad Bouton from Plantec Kenya farm noted that demand for seedlings was on the rise from farmers despite the rising cost of production.

He said that the Naivasha-based firm was keen to keep its standard as demand mainly from horticultural farmers continued to increase on a daily basis.

“Unlike other farmers, we use very little fertilizer but the prices have impacted negatively on our customers as they are interfering with their purchasing powers,” he said.

Elad at the same time expressed his concern over taxation regimes terming them as too high for both the producers and their clients.

“We are also concerned by the various inspection regulations of goods before they are shipped out with some of them being tedious and strict,” he said.

A breeder Paul de Bruin said that despite the emerging challenges in the sector, they were coming up with various varieties that were resistant to pests and diseases.

“Our main objective as breeders is to make sure that our rose varieties meet through market standards which include dealing with emerging diseases and pests,” he said.

Farmers are using more chemical fertilizers which is acidifying their soils.
Counties
1 month ago

How farmers are reaping big from growing onions