They say this will lead to mass loan defaults, forcing banks to lend cautiously 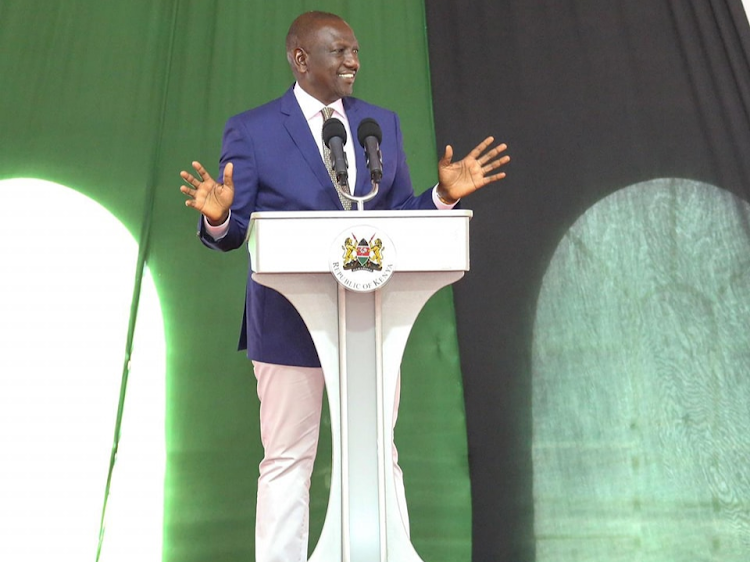 The plan by President William Ruto to review Credit Reference Bureau (CRB) framework has attracted mixed signals from banking experts, with the majority saying it will lead to credit hoarding.

Speaking at his swearing-in ceremony on Tuesday, Ruto termed the current framework by CRBs arbitrary and punitive, saying it had blocked many borrowers from credit access.

"Our starting point is to shift the CRB framework from its current practice of arbitrary, punitive, all or nothing blacklisting of borrowers that denies borrowers credit,” Ruto said.

He instead suggests a new system of credit score ratings that provides borrowers with an opportunity to manage their creditworthiness.

A credit score refers to a rating a borrower gets based on how efficient he or she is in repaying loans after borrowing from financial institutions. Those who pay within agreed periods score highly, while those who default are ranked lowly or blacklisted.

Lenders rely on the score to make judgments on lending, including denying one a loan or pricing it highly, since it allows information sharing across lending institutions.

Even so, bankers are worried that such an approach will lead to high loan defaults, forcing banks to be extra cautious to lend.

A senior official at the Kenya Bankers Association (KBA) who requested to remain anonymous due to the sensitivity of the matter termed Ruto's remarks as 'corrosive' to the banking sector.

''Most borrowers are likely to misinterpret the President's speech, worsening the current loan default situation in the country. It is also likely to see banks become extra cautious, limiting credit flow,'' he said.

In September last year, former President Uhuru Kenyatta announced a moratorium on the negative listing of borrowers with loans below Sh5 million by Credit Reference Bureaus (CRBs) for a year, cutting credit information sharing in the banking sector.

According to the latest report by KBA, the directive which comes to a close end of this month, while protecting current defaulters, has slowed down lending, especially for individuals and small enterprises which are seen as riskier compared to large companies.

Besides, the directive has pushed up the rate of nonperforming to the highest levels in 13 years.

According to the Banking Sector Supervision report by the Central Bank of Kenya, defaulted loans rose by Sh30.6 billion in June to Sh514.4 billion - the sharpest monthly increase in recent history.

The share of non-performing loans rose to a new high of 14.7 per cent in June—a higher ratio than the 14.55 percent recorded in March 2021 when Kenya was battling Covid-19 economic hardships.

A banking sector analyst Jerry Okello is of opinion that a credit environment without punishment for defaulters will lead to chaos.

The presidential proclamation on blacklisting loan defaulters was a bit populist and could be grossly misinterpreted by even good borrowers. This is going to be counterproductive if his intention is to ease credit flow,'' Okello said.

He added that the industry is already embracing risk-based loan pricing that will effectively balance the credit flow.

''The regulator has approved loan pricing under risk-based pricing for several banks. They are now free to charge customers based on their risk profiles,'' Okello said.

Similar views are shared by a managing director of one of the top five banks in the country in terms of asset value.

The bank executive told the Star that the issue of ending blacklisting is neither here nor there as the power to lend rests with the credit institution.

The President is a politician who must appease his supporters. He is smart and wise. We hope to have a meaningful conversation around the matter with his administration,'' he said.

Amana Capital chief executive Reginald Kadzutu is giving Ruto a benefit of the doubt on the issue, saying the new system must tie to rent, and utility bills among other parameters so as to have a 360-degree view of true creditworthiness.

''If the system can be transparent for a person to see and know how to clear their record, then it is the bank to decide based on that information who is risky or not which becomes an implied black list,'' Kadzutu said.

He insists that there should be a moral hazard of not having a credible credit profiling system as it ends up punishing good borrowers.

He said although Sh1 million is not a significant amount to combat money laundering, strict measures must be put in place to avert cleaning of money through the financial system .

''How to make sure someone does not bank Sh3 million cash with no proven source must be addressed,'' he said.

CBK issued tough rules for withdrawing or depositing Sh1 million or more  in 2018 in the face of the massive amounts of cash involved in the National Youth Service scandal.

Anyone wishing to withdraw Sh1 million and above from a bank is required to fill in a form showing the source of funds, reason for withdrawal and identity of the beneficiaries.

New orders and policies have far-reaching ramifications.
News
1 week ago

The directive applies for loans worth less than Sh5million.
Business
10 months ago

Relief for borrowers as CBK suspends blacklisting on CRB

This is on loans below Sh5 million that became non-performing from October 1, 2021.
Business
10 months ago

Uhuru cushions borrowers from CRB for a year

The directive applies for loans worth less than Sh5 million.
Business
11 months ago

Electricity prices to drop  30% by December 24.
Business
11 months ago
Post a comment
WATCH: The latest videos from the Star
by VICTOR AMADALA Business Writer
Kenya
16 September 2022 - 08:06
Read The E-Paper