WTA will host its Africa and Indian Ocean Gala at the KICC.

•KICC chief executive Nana Gecaga says the centre is working closely with partners and stakeholders to come up with attractive pre and post-event packages.

•This is to ensure ensure delegates get an all-rounded Kenyan experience during their stay in the country. 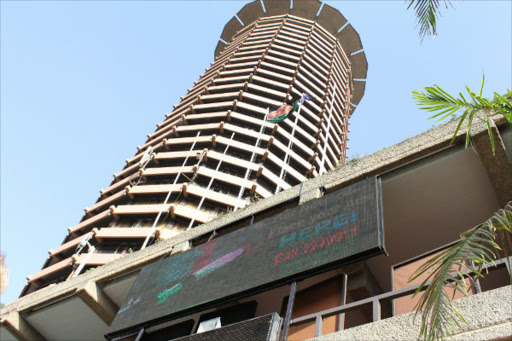 Kenya is banking on the World Travel Awards (WTA) event in Nairobi next month to further drive its marketing campaigns as a top leisure and business tourist destination in Africa.

WTA will host its Africa and Indian Ocean Gala Ceremony 2022 at the Kenyatta International Convention Centre (KICC) on October 15, where leading travel industry figureheads and decision-makers are expected to attend.

Strategically located at the heart of the central business district, the landmark KICC is the largest conference facility in East and Central Africa and has played a crucial role in positioning Nairobi as the leading business hub in the region.

Chief executive Nana Gecaga yesterday said KICC is working closely with partners and stakeholders to come up with attractive pre and post-event packages, that will ensure delegates get an all-rounded Kenyan experience during their stay in the country.

“We are delighted as a country to host this auspicious event. Kenyans are well prepared and thrilled to give our guests an unforgettable hospitality and a magical experience during the gala ceremony,” Gecaga said.

Dubbed “Oscars of hospitality industry”, the awards will be coming to Kenya for a second time after the 2013 event held at Safari Park Hotel in Nairobi.

This gives an opportunity to showcase Kenya’s hospitality and culture, as the tourism ministry continues with its marketing campaigns with projected full industry recovery of 2024.

Of these, a total of 313,466 visitors were in the country for holiday, 274, 722 visiting family and friends while 258, 889 came for business and MICE (meetings, incentives, conferencing and exhibition), Tourism Research Institute states in the report.

It is estimated that every international delegate spends at least Sh380,000 per conference trip of about three to six days, reflecting the huge potential MICE holds for the industry and the economy.

Named Africa’s Leading Meetings and Conference Destination by the World Travel Awards in the second year running, in 2020, KICC remains a leading venue for meetings, with Nairobi a leading city.

City hotels equally rip from business events both from accommodation and meetings.

Nairobi also boasts of being the only city in the world with a national park right on its doorstep.

The infrastructure upgrade also continues to place the country on the global map as once of Africa’s vibrant economies.

Graham Cooke, Founder WTA said: “ As tourism bounces back, the gathering will serve as the perfect platform for the industry’s leaders to reunite and a launchpad for future business growth.”

Partnership with KICC will help reinforce Nairobi’s reputation as Africa’s leading destination for business travel and MICE tourism, he added.

Opened by Kenya’s founding father President Kenyatta in 1973, the landmark KICC has staged some of the world’s most prestigious conferences, as well as playing a key role in positioning Nairobi as the business capital of East Africa.

KICC management used the down time of the Covid-19 Pandemic to renovate and refurbish some of its meeting rooms.