•The expected easing of US inflation is expected to ease the burden on households.

•The US accounts for 58% of remittances to Kenya, with WorldRemit maintaining a positive outlook for inflows from the market, Europe, Middle East and  Africa. 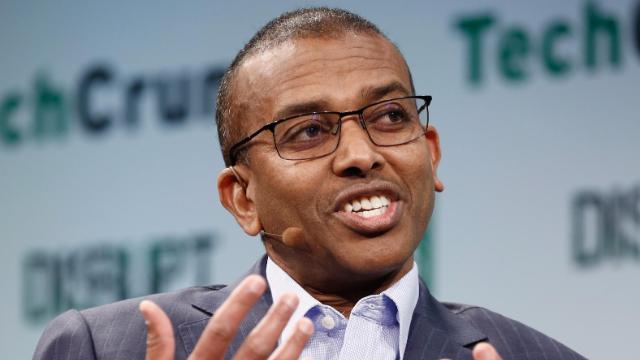 Remittance inflows to Africa, including Kenya, are expected to remain stable into the fourth quarter of the year, with Kenyans abroad maintaining their support for families back at home.

The expected easing of US inflation, which has been pegged at 8.1 per cent for August, down from a 40-year high of 9.1 per cent in June, is expected to ease the burden on households.

The US accounts for 58 per cent of remittances to Kenya, with global payment firm–WorldRemit maintaining a positive outlook for inflows from the key market, Europe, Middle East and other African countries.

Kenyans living and working abroad have had to cut on their spending to afford sending money back home, a trend the firm says will continue in the short to medium-term.

A survey by WorldRemit conducted in June showed 49 per cent of respondents reported that they eat out less, 46 per cent save on day-to-day expenses, while 28 per cent have limited social gatherings to save money.

About 25 per cent of the respondents said they have opted for public transportation rather than driving to save, part of which has seen them continue to support families and friends back at home.

“Migrants’ resilience and commitment to their loved ones back home has proven to be vital, especially in a period where household expenses are increasing around the world,” said Jorge Godinez Reyes, Head of the Americas, WorldRemit, during the release of the fidnings.

Despite the tough economic times, remittances are proving to be resilient overall, the firm notes, with migrants remaining willing to make lifestyle adjustments to keep sending money back home.

This latest study proves that even during times of financial instability, many migrants are making adjustments to maintain the regular flow of remittances to families and loved ones back home.

Majority (52%) however say they now send money to fewer people due to the tough economic times.

Even so, the World Bank has  projected strong remittance flows to low- and middle-income countries.

Growth in remittances was supported by strong economic activity in Europe and the United States, World Bank notes.

Recorded inflows to Nigeria, the largest recipient country in the region, gained 11.2 percent, in part due to policies intended to channel inflows through the banking system.

Kenya has been identified among countries registering strong inflows alongside Cabo Verde and Gambia.

Transaction costs however remain high, according to World Bank, with global average cost of sending $200 at 6.5 percent, more than double the Sustainable Development Goal target of 3 per cent.

According to the World Bank, lowering remittance fees by at least two percentage points would potentially translate to $12 billion (Sh1.4 trillion) of annual savings for international migrants from low and middle-income countries.

“The cross-border payment systems, however, are likely to become multipolar and less interoperable, slowing progress on reducing remittance fees,” said  Dilip Ratha, lead author of the report on migration and remittances and head of KNOMAD.

WorldRemit however lowered prices for international transfers during the Covid-19 pandemic, making it cheaper to send money to 450 of its larger corridors in Africa.

The lowered prices, the firm says, allowed customers to send more to family and friends via the mobile app or website to the various African corridors, where Kenya was a major beneficiary.

Education, healthcare and household needs are the main uses of remittances in Kenya, an analysis by the firm indicates.

The high cost of education is expected to further push the cost of living for most families in Kenya.

According to the firm, families paid more than 1.75 times their monthly earnings on school supplies during the recent August back to school period.

Families in Morocco, Cameroon, Ghana, Guatemala and Kenya are all projected to spend more than the average monthly income on education.

The average living wage in the country is estimated to be Sh21,504 according to Trading Economics.

volatilities in the economy will affect the true cost of education according to World Remit.
Business
1 month ago
WATCH: The biggest news in African Business
Post a comment
WATCH: The latest videos from the Star
by MARTIN MWITA Business Writer
Kenya
12 September 2022 - 04:00
Read The E-Paper