Tap-and-go transportation is making a comeback in Kenya

• Unlike with Bebapay, O-CITY has gone for a system common amongst Kenyans :  M-PESA 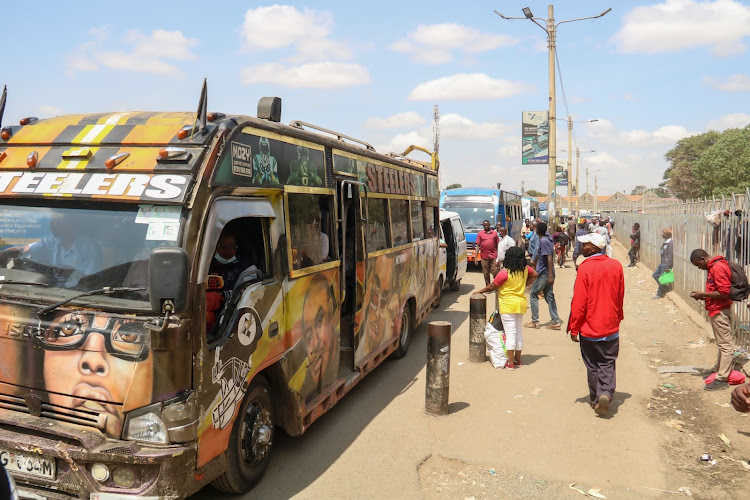 This comes seven years after the service's predecessor, Bebapay, Google's ticket-payment system for matatus in Nairobi was terminated, in large part due to push-back from the industry as well as from users.

O-CITY - dubbed Lipafare in Kenya - has already digitised payments for more than 10,000 matatus and is upbeat about adoption, asserting its systems are regarded as convenient.

"Matatu buses dominate transportation options across the country and are used by 70 per cent of the Kenyan population serving Nairobi and additional long routes to Nanyuki Town, Kajiado Town, Eldoret Town and Limuru Town. Users put in a code on their phone that debits their wallet and can immediately be seen by drivers to give access to the bus," O-CITY said.

The developers believe the system will spearhead digital transformation in transportation across the region, leveraging the popular M-Pesa mobile wallet, currently used by 90 per cent of Kenyans.

According to the developers, the system "removes the need for physical tickets and cash payments and replaces it with an accessible digital payment solution that is helping Kenyan passengers and transport operators to move more quickly through heavily congested routes in Nairobi."

The pandemic-induced Lipafare was launched with transport savings and credit specialists, NikoDigi, and Kenyan payments firm, Tracom and is designed to lessen reliance on physical cash.

The rollout comes as cashless payments systems are seeing rapid adoption across Africa – with fintech seen to be revolutionising the transport sector.

In Ivory Coast, a startup providing a reservation and cashless payment system for transport services is making inroads.

Moja Ride, available in Abidjan since 2020, has now also partnered with O-CITY for its next phase of growth in mobility innovation.

According to O-CITY, the Ivorian mobility app is available in Abidjan, which has over 35,000 share-taxis (“Woro-Woro”) and 8,000 minibuses (“Gbaka”), all managed independently by vehicle owners.

Since its launch, Moja Ride has gained a growing market share across multiple transport services in the city, supporting over 1,200 taxis and buses, according to O-CITY.

Automated mobility is fast being seen as a huge opportunity for technology entrepreneurs, across Africa.

In Nigeria, Cowry - an automated fare collection system by Touch and Pay technologies - is also helping to reduce cash transactions in transport operations, while in Rwanda, Tap&Go was launched following reports that in Kigali, city buses were losing up to 40 per cent of revenue to cash handling issues and fraud.

There have also been similar initiatives in multiple African countries, outside of cab-hailing services like Uber and Bolt, which are mainly for taxis and shared mobility concepts. Uber works in at least 8 countries in Africa.

According to an analysis on Failory, a site that reports on startups, when Bebapay was launched, the government was trying to lessen corruption and theft among the drivers.

As a solution, the government planned to make all commute fairs go through online payments by July 2014. But when that failed, owners were left without a solution to the problem.

Lipafare is seen as offering a better solution and should help bus owners in this respect - perhaps why the system has seen such uptake.

"It also increases transparency in fare collection between the drivers and the bus owners," O-CITY said of the Lipafare rollout. Lipafare is also more likely to be adopted by commuters.

One of the concerns people have with cashless services is that some cards, such as BebaPay, are pre-paid and can be used only for one service.

That can be inconvenient for managing daily expenses, especially when income is daily, or weekly, rather than monthly - a familiar situation for millions of people working in the informal sector.

The Failory report notes that such a system locks cash in, and prevents an individual from making important daily decisions, like foregoing travel in a matatu in favour of buying more groceries.

"Furthermore, the drivers themselves couldn’t very well deal with whatever the change in payment method meant for their budgets. Most drivers relied on a daily cash income for various expenses. Card payments required having to plan a budget for the whole month – something many of the drivers didn’t know how to do," it assessed.

Unlike with Bebapay, O-CITY has gone for a system that is ubiquitous amongst Kenyan mobile phone users:  M-PESA.

This well-known digital payment system serves as an intermediary service, enabling payments of fares from M-PESA wallets to the matatu operators.

It can further show how boardings differ by time of day or day of the week, on each route, and by type of rider which can be used to create tools that support transportation planning efforts.

Cashless systems also offer the potential to offer discounts or incentives to riders to avoid using systems during peak hours of operation.

Kittelson, however, warns that while cashless systems do offer convenience, care must be taken to ensure that Personally Identifiable Information (PII) is handled properly, so that passenger information does not fall into the wrong hands.

Cashless fare systems can also serve as a barrier to entry for people visiting a city for the first time.

However, the wider benefits are seen as far outweighing any inconvenience, provided the system is flexible enough to deal with the daily financial realities of the majority of its users.

Post a comment
WATCH: The latest videos from the Star
by BIRD STORY AGENCY
Kenya
08 September 2022 - 04:00
Read The E-Paper