There was a slowdown weeks ahead of the general elections.

•At least six vessels expected to discharge 5,275 cars between yesterday and next week Sunday, a period less than two weeks.

•This is equivalent to monthly imports at the start of the year. 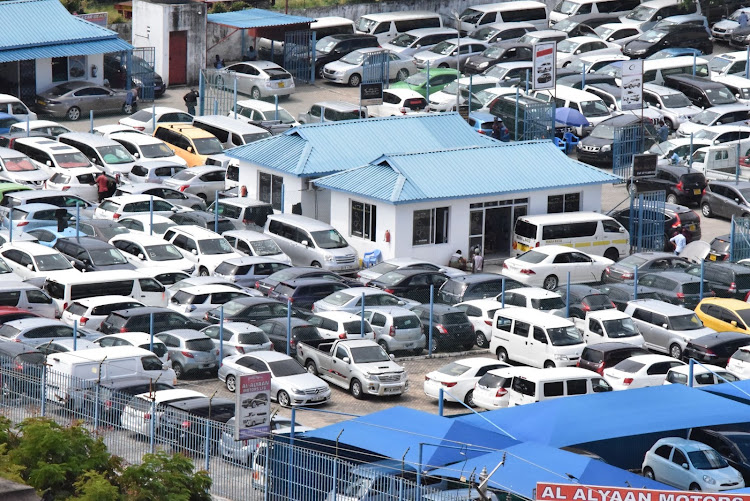 Used-car imports into the country have increased in the past two weeks despite a price jump on units occasioned by the weak shilling and increased global demand.

Importers and dealers have reported a surge on the number of units with at least six vessels expected to discharge 5,275 cars between August 31 and September 11.

This is equivalent to monthly imports at the start of the year.

The increase has been attributed to resumption on imports after the elections, which had seen activities slow down despite placed orders.

“People wanted to wait for the elections outcome and since the country is peaceful and businesses are running, importers have resumed bringing in units,” Car Importers Association of Kenya (CIAK) national chairman Peter Otieno told the Star on telephone, yesterday.

Importers have also increased orders for 2015 registered vehicles in the run-up to beat the eight-year rule, with four months remaining. Taxes for these cars have also gone down compared to the first half of the year.

“We expect to see even more vessels coming in this month, November and December,” Otieno said.

On average, Kenya importers between 7,000 and 8,000 units per month but this can go up to 12,000 units in the last months of the year, when the unit prices also begin to drop in the import source markets.

More than 80 per cent of the cars on Kenyan roads are used cars from Japan that are sold at cheaper prices averaging Sh300,000. Taxes and import costs however push the prices to above a million once they land in the Kenyan markets.

The increased imports come even as the prices of units continue to rise on the back of a weak shilling to the dollar, which crossed the 120 mark last week.

There has also been a dollar shortage which has seen some importers opt for the Japanese Yen for payments.

Developed markets such as the US have also recorded a rise in demand for used vehicles occasioned by a drop in the manufacturing of new cars by automakers.

This is as a result of the global shortage of chips, also known as semiconductors which started last year.

The shortage was worsened by the Russia-Ukraine conflict this year, industry players say.

The two are key exporters of raw materials used in the manufacturing of various microchips.

The asking price for a Toyota Premio is averaging between Sh1.6 million and Sh2.5 million depending on the engine capacity, CIAK notes, from a low of Sh1.2 million.

Used Nissan X-Trail imported into the country is selling at above Sh2 million from an average Sh1.5 million two years ago. New models are fetching up to Sh4.4 million.

Toyota Axio is selling at about Sh1.4 million on average, up from an average of Sh1 million.

Used car imports increased last year with KPA reporting a 24.9 per cent increase on units handled at the port, from 101,220 the previous year to 126,415 units

“Demand is high because prices of second generation vehicles have gone up. Those who cant afford are going for local units which are being sold by third, fourth owner,” KABA chairman John Kipchumba said.

Importers of used cars in Kenya are now opting for Japanese Yen for paying orders as the dollar shortage in the country hits hard traders and ...
Business
3 months ago
WATCH: The biggest news in African Business
Post a comment
WATCH: The latest videos from the Star
by MARTIN MWITA Business Writer
Kenya
01 September 2022 - 00:18
Read The E-Paper