The firm earned a net revenue of Sh12.5 billion from Sh11.9 billion, a five per cent increase.

•The regional insurance businesses contributed an impressive 23 per cent of the Group’s total gross earned premiums.

•The firm earned a net revenue of Sh12.5 billion from Sh11.9 billion, a five per cent increase. 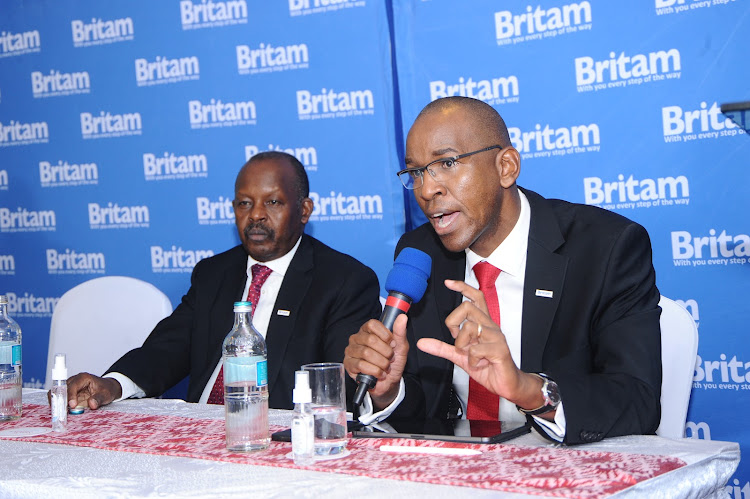 This is a 43 per cent growth compared to Sh376 million reported over a similar period last year.

The success is attributed to growth in the Group's gross earned premiums and fund management fees, which hit Sh15.8 billion, a six per cent growth from Sh14.9 billion recorded in the same six-month period the previous financial year.

The firm earned a net revenue of Sh12.5 billion from Sh11.9 billion, a five per cent increase.

The regional insurance businesses contributed an impressive 23 per cent of the Group’s total gross earned premiums.

Investment income in the period was Sh6.2 billion, representing a significant 26 per cent growth compared to Sh4.9 billion recorded in the previous financial year. This was mainly from interest and dividends.

This, even as other insurance firms suffered a decline in investment income in the reviewed period due to lower share prices at the Nairobi Securities Exchange.

The growth in Britam investment income was driven mainly by the continuing shift of the Group’s investment strategy that has seen the listed financial services firm continue to pursue a re-allocation of its investments portfolio that favours stabilisation and growth of yields.

Britam additionally made progress on its 2021-25 Strategic Plan, which leverages on strategic partnerships across different sectors including banks and telcos to drive scale and grow the firm's customer base.

Additionally, it has geared the organisation towards enhanced digital innovation in its solutions, product development and service delivery.

The group recorded an improvement in operating cost efficiency which is also in line with its strategy.

The underlying operating expenses ratio for the six month period was at 30 per cent down from 32 per cent in 2021, the group continues to pursue prudent cost management initiatives.

This is attributed to the challenging macroeconomic environment which has witnessed yields shifting upwards driven by inflationary pressures and tightening credit environment.

The Board of Directors did not recommend the payment of a dividend for the six-month period ended 30 June.

Britam defies covid to bounce back to profitablity

The firm's gross earnings grew to Sh1 billion from a Sh9.7 billion loss the previous year.
Business
6 months ago

Britam said it has adopted a two prompt strategy to make the purchase of insurance simple.
Business
7 months ago
Post a comment
WATCH: The latest videos from the Star
by SHARON MAOMBO Business Writer
Kenya
31 August 2022 - 17:15
Read The E-Paper