Some hotels are required to pay for more than 25 licences and all are domicile within the county level.

•He noted that in some instances hotels are required to pay for more than 25 licences and all are domicile within the county level. 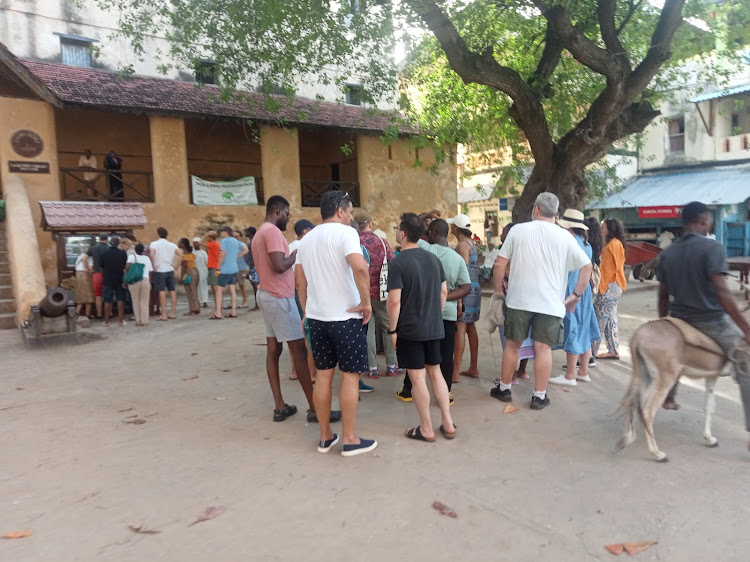 A group of tourists at the Mkuni square in Lamu island
Image: FILE

Hoteliers at the Coast want the new government to review the number of licenses  to ease the cost of doing business and boost tourism in the region.

"We are look forward to the restructuring of county licences to allow for a single window instead of having so many licences required to be paid for," Owino said.

He noted that in some instances hotels are required to pay for more than 25 licences and all issued at the county level.

Some of the licences required include building permit, fire safety permit, police license for hotel, business registration, ESI Registration, bar License among others

Currently, there amore than 50,000 hotel beds at the coastal region with up to 80 per cent occupancy rate in major establishments.

As the country embarks on a charm offensive in key markets, targeting full recovery in the sector by 2024, more international arrivals are anticipated, especially at the coast.

This, according to Owino, calls for increased capacity to accommodate the foreseen growth.

Kenya has been praised on different platforms, including the World Bank ease of doing business index , for continued improvements.

The latest World Bank ranking puts Kenya at position 56 out of 190 in the ease of doing business.

However, reality on the ground is different according to investors, where they have on several occasions cried out over duplication of processes by the national and county governments, with all seeking revenues.

Tourism earnings are projected to hit at least Sh172.9 billion by end of this year with Kenya banking on new markets.

Currently, Kenya is on an aggressive campaign to reclaim its position as a conference destination after two years of reduced activities.

At the height of the Covid-19 pandemic in 2020-21, the hotel industry suffered a major blow with growth contracting by 9.3 per cent.

At least 1.72 million jobs were lost in the tourism and hospitality industry last year, data by the Tourism Research Institute indicates.

The sector however recorded an improvement in the last quarter of 2021 with a growth of of 30.4 per cent, buoyed by easing of government restrictions and resumption of most economic activities.

A number of flashpoints are on industry players' radar as the country is projected to recover back to 2019 levels by 2024.
Business
1 month ago