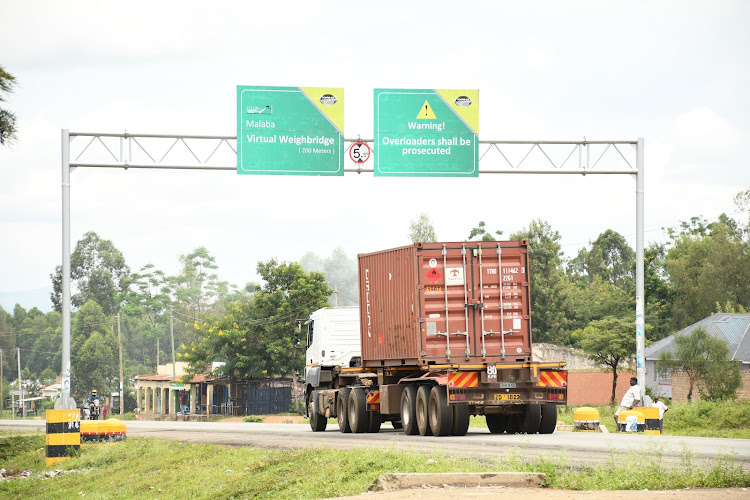 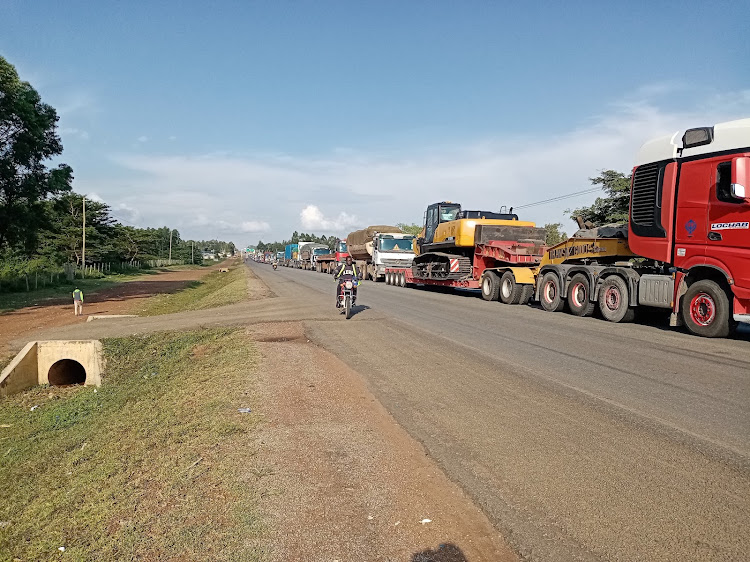 JAM: A scene at Ikapolok along the Bungoma-Malaba highway on July 29, 2022 before Kenyans went to the polls. The traffic is no more as transporters fears election violance.
Image: EMOJONG OSERE 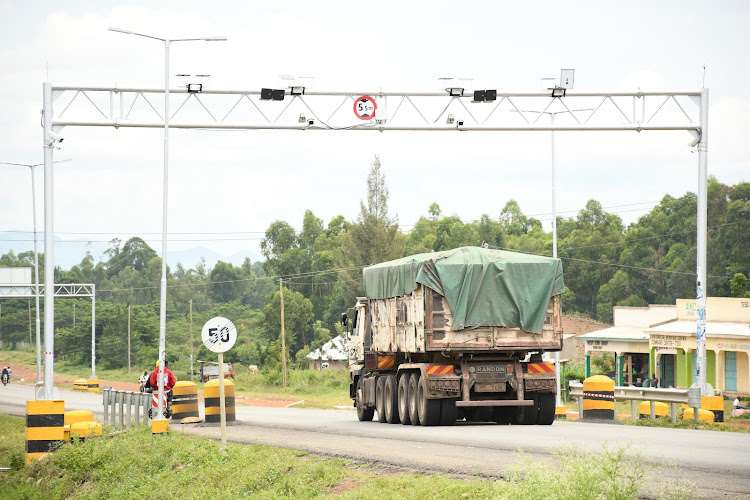 WORK RESUMPTION: There has generally been limited traffic from cargo trucks since Kenyans went to the polls on Tuesday on Kenyan roads. This picture was taken along the Malaba-Bungoma highway at Aleles near Amagoro town on Wednesday August 17, 2022.
Image: EMOJONG OSERE

Long-distance cargo transporters have been asked to resume work after a week of slow movement of goods occasioned by election jitters.

There were fears that the election week, and the announcement of the Monday results in the Presidential race, would come with chaos in some parts of the country.

There has been minimal cargo traffic on the Kenya roads since Tuesday last week when elections took place.

While Presidential candidate in the polls, Raila Odinga, has rejected the results which recognizes his rival William Ruto as President-elect, the country has remained peaceful.

Yesterday, the association recommended that all transporters resume their normal operations to ensure seamless movement of cargo in the country and the region, with Kenya's Port of Mombasa being a key entry and exit point.

“Transporters should lead the way in returning the country to normalcy. The security agents have assured us of safety and security along the highways and they are on standby in case there are incidences," KTA chairperson Newton Wang’oo said in a statement.

Most of KTA members had parked trucks "to avoid any losses", chief executive Mercy Ireri had earlier told the Star.

During the 2007-2008 election cycle, the cargo transport sub-sector was losing about Sh5.3 billion monthly according to KTA.

Fears about chaos compelled majority of the association members to suspend activity as they waited for the outcome of the election whose results Odinga, the Azimio La Umoja presidential candidate  has rejected.

He has cited irregularities.

In the results, Deputy President William Ruto beat the former prime minister with 233,211 votes to emerge winner after receiving 50.49 percent of the total cast votes.

On August 10, one day after polling, Kenya’s roads were almost deserted with limited traffic.

Traders in major towns including the capital Nairobi closed businesses for fear of violence.

Along the Bungoma-Malaba road which forms part of the Mombasa–Malaba–Kampala–DR Congo highway for instance, cargo traffic was minimal.

The only visible movement was from private cars, boda bodas and pedestrians.

The development was a break away from the highway’s primary feature – heavy traffic from cargo trucks that transport goods across the border into landlocked East Africa.

At least 1,200 trucks cross the Malaba border into Uganda daily with about 300 using the Busia border, moving transit goods imported or being exported through the Port of Mombasa.

A stop in cargo movement comes with losses where according to KTA, a single truck incurs a loss of $200 (about Sh23,902) on average, per day.

The Northern Corridor  handles approximately 90 percent of the cargo that is ferried to landlocked East Africa through Kenya.

“KRA has agreed to our request to geo-fence the route from Mombasa–Mau Summit–Eldoret–Kanduyi–Mayoni–Busia and Malaba border points. This is to give more options to transporters during this period,” KTA said.

The association is not expecting any disturbances, it says, and will keep its members informed if any incidences are reported.

The resumption of work by transporters is a key booster to the economy of areas located along Kenya’s major roads.

Truck drivers are known to be key supporters of towns and the economy of zones along major highways.

They are primary consumers of services in the hospitality industry that includes hotels and other entertainment establishments.

The transport sector along the Northern Corridor is also known to support tens of thousands of people in employment provision – directly and indirectly.

Kenya Revenue Authority projects to collect over Sh5 billion between July 2022 and July 2023 at Malaba alone.

Transporters say they will resume once there is a clear power transition, calmness.
Business
1 month ago
WATCH: The biggest news in African Business
Post a comment
WATCH: The latest videos from the Star
by EMOJONG OSERE Correspondent, Busia
Kenya
18 August 2022 - 04:00
Read The E-Paper