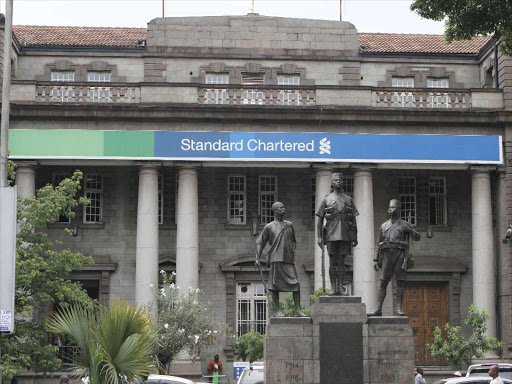 The rise in earnings is largely attributable to the higher operating income which improved by 10.6 per cent to Sh15.6 billion from Sh14.1 billion.

Nevertheless, StanChart’s non-interest operating expenses paced up by 9.6 per cent to Sh8 billion.

This is irrespective of an 83 per cent deceleration in loan-loss provision costs to Sh108.2 million from Sh638.5 million.

“We have delivered a strong set of results for the first half of the year with income up 10 per cent. We’ve seen healthy business momentum driving top-line growth with double-digit growth in net interest income and strong performance in Wealth Management and Financial Markets products,'' Standard Chartered CEO Kariuki Ngari.

The lower provisions for potential loan defaults are anchored on a slight downturn in bad loans with the lender’s gross non-performing loans (NPLs) registering a slight dial-down to Sh22.7 billion from Sh22.9 billion in June 2021.

The bank's balance sheet expanded to an asset base of Sh364.3 billion from Sh345.6 billion previously despite a minor 1.4 per cent loan book attrition with net loans and advances to customers easing to Sh128.5 billion.

The bank’s customer deposits have nevertheless grown by 3.1 per cent to Sh286.9 billion from Sh278.2 billion.

StanChart earnings per share (EPS) have improved to Sh13.87 from Sh12.69 subsequent to the profit rise.

The bank’s board of directors has nevertheless skipped issuing an interim dividend for the period.