Kenya is ranked fifth with 23 per cent on Investment Attractiveness Index. 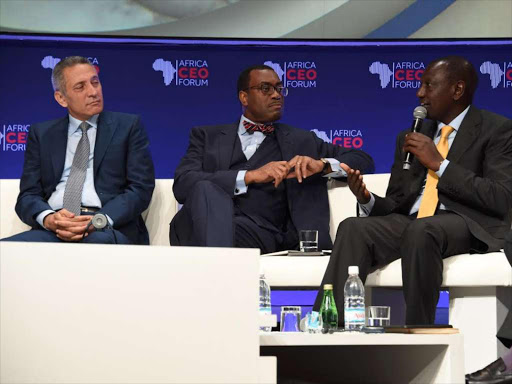 A rigid tax regulation environment in Kenya has seen Africa’s CEOs and leaders’ investor confidence in the country drop three positions in a year.

According to the latest survey by Deloitte, commissioned by Africa CEO Forum, Kenya is ranked fifth with 23 per cent on Investment Attractiveness Index.

This is a drop in rank from last year when the country was ranked second in the continent with an index of 6.9 per cent.

“Market access and business environment are among the main criteria when choosing a site for investment,” the survey noted.

In the country, the exchequer has had its revenue collection always chasing expenditure, an aspect which has been refuted by various experts and international bodies like the World Bank.

This is attributed to occasional changes to the Finance Act, making the country's tax policy highly unpredictable hence soiling the country’s attractiveness to investors.

The tax change in the country's betting, telecommunication, alcohol and corporate tax has skyrocketed in the past three financial years.

For instance, the government reimposed a 20 per cent tax on wagering stakes as well as doubling its taxation of foreign tech firms in the Finance Act which took effect last month.

Apart from raising the stakes on betting, the exchequer also proposed to increase the Digital Service Tax (DST) to three per cent of the gross value of online transactions in the financial year that began in July.

Although, the DST stood at 1.5 per cent before the new increased proposition that took effect in July and will be effective onwards.

This predominantly targets investor firms such as Amazon and PayPal as the reviews sought to take advantage of an increasingly digitised economy.

The tax is mainly levied on digital content provided by international companies which have invested in the country.

The tax review is an effort by Kenyan authorities to increase domestic revenue collection to cut the rising public debt that was last updated to Sh8.4 trillion in May.

Even so, the country is working on its first tax policy, with a proposal to amend Fiance Act every after five years to allow a predictable tax regime.

Generally, in the continent, the survey notes that this year 78 per cent of the private sector leaders and CEOs are confident in the economic investor trends of African markets.

A previous post-covid survey in 2020 saw the investor confidence in Africa rated at 40 per cent compared to the initial pre-covid at 61 per cent.

This year’s ranking saw Côte d'Ivoire top the list followed by Ghana, Nigeria and Senegal in that order.

The Ukrainian crisis was also noted to affect the confidence of African leaders in that prior to the impact of the Russian-Ukrainian war, levels of confidence in investing in the continent were much higher.

Even as the continent majors its focus on innovation with areas of interest like payment dematerialisation and internal digitalisation, leaders advise that the sector investment should be approached with caution due to a lack of vision and appropriate legal frameworks.

The survey emphasized just like in the previous edition that digitalisation is the most recommended measure for reconnecting with turnover growth and better operational efficiency.

Despite the slight dim in investor confidence in the African market, the leaders were confident that the African economy is strong and will continue to contribute to its sustainable growth through investment and innovation.

Although the  African Continental Free Trade Area came to effect last year, CEOs are skeptical about the immediate impact of the trade bloc on the continent's development.

Although most CEOs think that development strategies are affected by the AfCFTA, a wide majority argue that the impact is a positive one.

Uhuru urges Portugal investors to make Nairobi base of interest

He added that his administration has established a conducive business environment.
News
2 months ago

In 2020, nearly one-third of infrastructure projects worth at least Sh 5.9 billion were built by Chinese companies.
Business
2 months ago
Post a comment
WATCH: The latest videos from the Star
by ALFRED ONYANGO
Kenya
09 August 2022 - 21:00
Read The E-Paper