This was one of major recommendation by the presidential task force spearheading reforms in the energy sector. 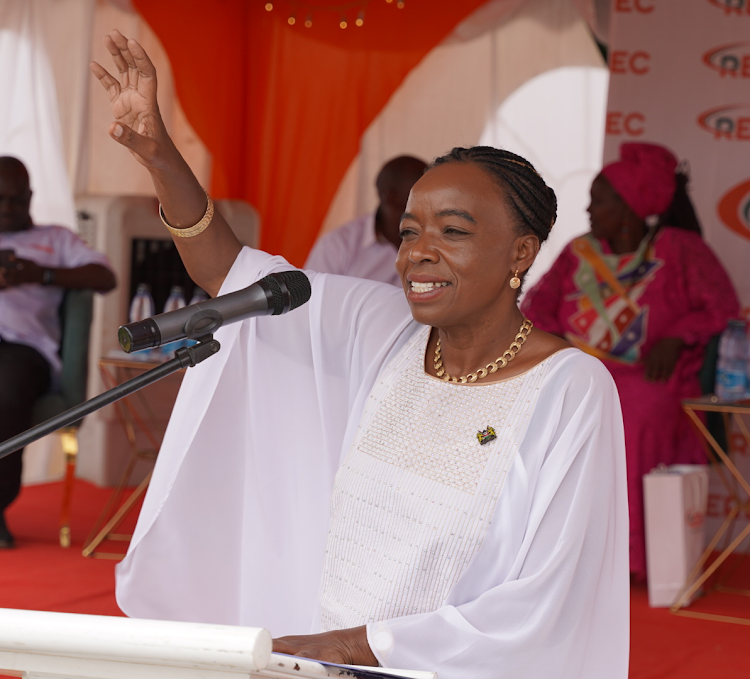 The government has signed a deal with three Independent Power Producers (IPPs) to lower tariffs in line with ongoing reforms in the sector.

Speaking during a media session on Friday, Energy Cabinet Secretary Monica Juma declined to reveal the names of those companies but hinted that they are operating in the variable renewable energy realm.

"We are thankful for these companies having agreed to engage in good faith negotiations and look forward to seeing them grow as energy enterprises,'' Juma said.

In the first phase of negotiations which commenced in January, the government engaged IPPs that had already expressed interest in contributing to the tariff reduction drive.

She added that they are also in talks with the Kenya Electricity Generating Company (Kengen) which accounts for over 70 per cent of all power purchased by Kenya Power to further lower costs.

"Kengen has stepped up to the challenge of seeing whether they can bring even more efficiency into their operations, with resultant consumer tariff reductions," Juma said.

The government has been in extensive negotiation sessions with 27 IPPs which have established and clarified a pathway for the delivery of the next 15 per cent reduction in power tariffs as promised by President Uhuru Kenyatta.

Power tariff cut was the major recommendation by the presidential task force spearheading reforms in the energy sector.

The team led by John Ngumi (now Safaricom Plc chairman) was appointed by President Uhuru Kenyatta in March last year this year and submitted its report on September 29, recommending a review of power purchase deals.

The task force had established that some IPPs are selling electricity at up to 35 times more than the cheapest generator—KenGen.

The team called for the cancellation, with immediate effect, of all unconcluded negotiations of PPAs and to ensure future PPAs are aligned to the Least Cost Power Development Plan (LCPDP).

Even so, a source at the energy ministry privy to the negotiations told the Star in confidence that key diplomats were involved to convince most of the foreign investors.

"The talks are in the progressive stage after several IPPs dropped tough demands. I can not go into details but just know it was not an easy task. Our partnering countries sent in diplomats to argue the case for Kenya,'' the long-serving officer at the ministry said.

The talks are expected to unlock the remaining 15 per cent reduction in power charges for consumers that was to be effected before the close of the financial year ended June 30.

The first phase took effect early this year, with the cost per kilowatt dropping by almost Sh4 from Sh24 to Sh20.4.

The second phase which was expected by March was to see power cost hit Sh16 per kilowatt.

Juma on Friday insisted that the government will do what it takes to cut power charges for consumers, warning to take action against those who oversaw the signing of costly power deals.

''However, I must stress that while good faith negotiations remain our preferred modus 8 Operandi, we are also determined to obtain appropriate redress where egregious acts injurious to Kenya were perpetrated during awarding PPAs,'' she said.

Two weeks ago, Kenya Power and Ethiopian Electric Power (EEP) inked a power purchase deal for the provision of 200MW of renewable energy to the national grid at a very competitive rate.

The purchase which will commence on November 1 makes Ethiopia the second largest power supplier to Kenya Power after the KenGen Hydros Eastern Cascade with a contracted 600MW capacity.

IPPs revealed in May they were yet to receive invitations for talks on cutting power prices.
Business
2 months ago

Geothermal Development Company set to inject 49 megawatts into the national grid by December this year.
Counties
4 months ago

Expected to implement phase II of the 15% tariff cut before June.
Business
7 months ago