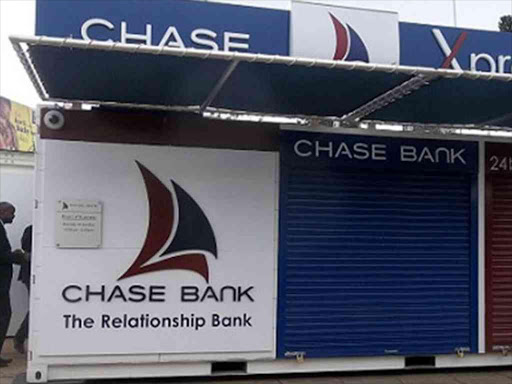 The Capital Markets Authority (CMA) has fined top officials of the defunct Chase Bank reporting accountants Deloitte and Touche over their alleged role in the issuance of a Sh10 billion medium-term bond in 2015.

Those fined by the regulator include former Chase Bank managing director Duncan Kabui Sh5 million and disqualified him from being a director or key personnel of any issuer in the Kenyan capital market for a period of ten 10 years.

Both former CEO Paul Njaga and finance director Ken Obimbo are expected to pay a similar amount each and serve a five-year ban from participating in the Kenyan capital market.

CMA also penalised board members Anthony Gross, Laurent Demey, Muthoni Kuria and Rafiq Sharrif Sh2.5 million each for their role in the issuance and use of the bond.

The four were members of the audit and risk committee. Gross has also been directed to attend corporate governance training for a period of not less than five days.

Another board member, Richard Carter, has been fined Sh1 million.

“Deloitte and Touche, the CBKL reporting accountant at the material time have been fined Sh10 million. Further, the Committee recommends that the conduct of the accounting partners during the respective audit periods be referred matters be taken up by ICPAK,” CMA said in a statement.

CMA investigations early this year revealed that Chase Bank auditors Deloitte did not inspect the failed lender’s IT system in annual audits, creating a loophole used by the bank’s management to hide details of billions of shillings siphoned from the bank.

A Sh14 billion hole created by the loophole was only discovered in 2015 after the Central Bank of Kenya (CBK) ordered an IT audit.

Deloitte reported Sh14 billion in interest receivables after a specialist IT team conducted work in response to the CBK directive in 2015.

This was odd given that banks' interest receivables should be no more than a month‘s worth of interest.

Chase Bank’s monthly interest was Sh1.2 billion which indicated that the huge receivable was from legacy problems, overstated and could represent bank balances that were invalid and unsupported.

The investigations said that board member Kuria blamed Deloitte for errors that sank the bank, saying the auditors omitted interest when communicating directly with the customers to seek direct confirmation of the amounts outstanding for confirming debtor balances.

She said a dispute then arose on how to treat the error and Deloitte demanded the bank either provide for the interest receivable or they would qualify the accounts.

The lender issued a  medium-term bond worth Sh10 billion in 2015. It managed to raise Sh4.8 in the first tranche which was later listed on the securities exchange.

Even so, the lender was put under receivership less than a year later with CBK appointing the Kenya Deposit Insurance Corporation (KDIC) to oversee it for twelve months.

Chase Bank's assets will be sold off to pay any existing debts.
Business
1 year ago
by VICTOR AMADALA Business Writer
Kenya
03 August 2022 - 20:00