No extension on ETR system migration, traders have three days

Failure to transition comes with a Sh1 million fine or a jail term of three years.

•VAT (Electronic Tax Invoice) Regulations, 2020 requires all businesses with an annual turnover of at least Sh5 million to have ETRs.

•Under the new system, the taxman will be receiving sales and invoice data from all registered firms and traders daily. 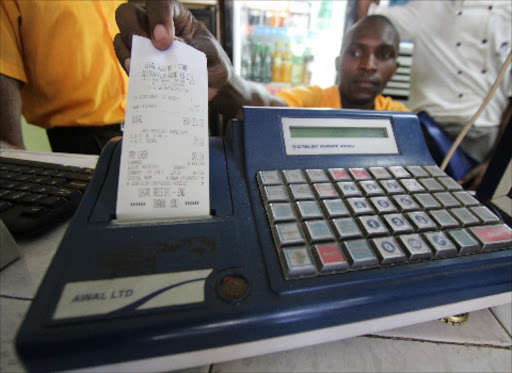 The deadline for transitioning from the old Electronic Tax Registers (ETRs) to the upgraded ETRs is July 31, Kenya Revenue Authority has affirmed.

This leaves traders with until Sunday to have migrated to the new system or be locked out of business.

Manufacturers and traders in the country must move to the new system failure to which they risk a Sh1 million fine, or a jail term of three years.

VAT (Electronic Tax Invoice) Regulations, 2020 requires all businesses with an annual turnover of at least Sh5 million to have ETRs.

Under the new system, the taxman will be receiving sales and invoice data from all registered firms and traders daily.

The new technology is poised to deepen the scrutiny of transactions by traders, in a new bid to curb tax cheats and boost revenue collections.

The move is aimed at enhancing VAT compliance, minimizing fiscal fraud and increasing tax revenue in accordance with the VAT (Electronic Tax Invoice) Regulations, 2020, KRA commissioner for domestic taxes said in a statement.

“KRA appreciates taxpayers who have complied this far and those who are making efforts to comply. For those who are in the process of acquiring upgraded ETRs, the proof of compliance shall include evidence that they have placed an order and made payment to the approved ETR Supplier,” the commissioner ,Rispah Simiyu, said.

There has however been a concern over a shortage of the new Internet-enabled ETRs, being supplied by KRA’s 16 approved suppliers.

A section of traders have also been calling for an extension, with the transition also said to be coming with an extra cost.

“While this evolution in tax administration is generally welcome, KRA did not thoroughly interrogate the impact of the hefty cost involved in the migration from the old ETR regime on the compliance capacity of SMEs,” says Edwin Ngugi, a tax consultant and trainer.

The new tax invoice system could see a price surge in goods and services as traders pass compliance costs to consumers.

The taxman has been pushing hard to tame revenue leaks, with technology being a key tool.

For the first time in Kenya’s history, the annual revenue collection hit and surpassed the two trillion mark in the fiscal year ended June 30, defying the difficult economic environment brought about by Covid-19.

It surpassed the original target of Sh1.882 trillion and two other upward revenue target revisions of Sh1.911 trillion, which was later revised to Sh1.976 trillion.

This was the first time the Authority surpassed its original target in 14 years (since financial year 2007/08), after the previous target revisions were adjusted downwards.