Comes into effect on July 31` 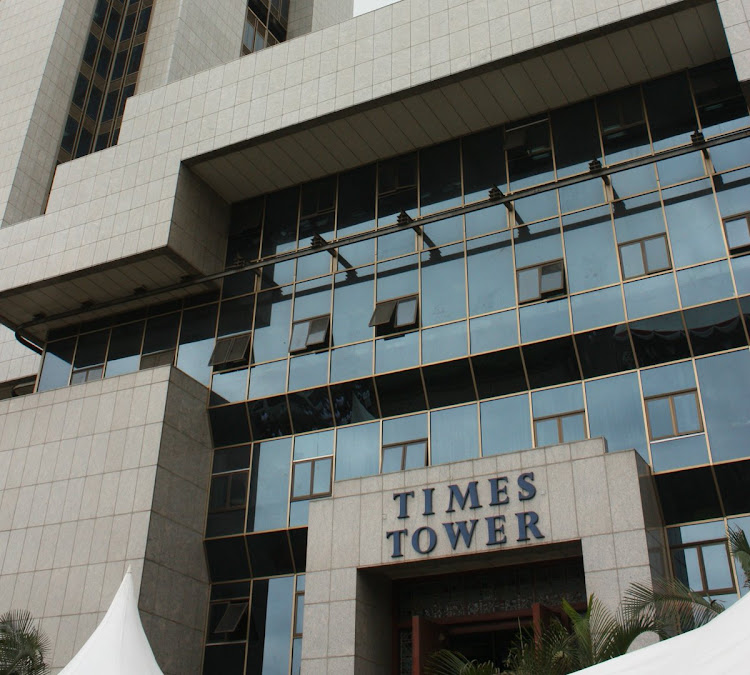 With a few days remaining to the rollout of the Tax Invoice Management System (TIMS), the Kenya Revenue Authority has lately picked up the campaign tempo to remind VAT-registered taxpayers to adopt a compliant ETR machine in order to successfully transact beyond the gazetted deadline of July 31.

This means that all invoices raised after the said date will only be approved if raised through the new TIMS platform which will relay the transactions in real-time via the internet in the respective customers’ and purchasers’ ledgers.

While this evolution in tax administration is generally welcome, KRA did not thoroughly interrogate the impact of the hefty cost involved in the migration from the old ETR regime on the compliance capacity of Small and Medium Enterprises (SMEs).

The fact that the Taxman issued an extension of the Value Added Tax (Electronic Tax Invoice) Regulations 2020 through a public notice last year, it ought to have been a bit obvious that most businesses have barely bounced back from the ravages of Covid – 19 and do not need this additional burden of acquiring the new ETR machines, especially at the exorbitant cost being offered.

Since the acquisition of the ETR machines cannot really be recognised as an asset, it will mean that the taxpayer will have to expense it thus adding to the cost of doing business to the SMEs who are already oppressed by the inflationary business environment that has significantly reduced their purchasing power.

According to a study by the International Centre for Tax and Development (ICTD), a global policy research network that advocates for the improvement of tax administration and policy in developing countries, most tax authorities tend to ignore the additional burden on taxpayers related to compliance in the process of meeting the requirements of the tax laws and regulations.

Two key findings from their study point out the opportunity cost of staff time spent filing tax returns and related procedures or in terms of hard currency, consultancy fees paid to tax consultants for complex transactions that require the application of the ever-evolving tax laws; and secondly, the incidental cost, which is captured by the financial costs paid by firms as a bribe to tax officials to facilitate their tax compliance requirements.

I wouldn’t’ really say that the KRA is guilty of the latter, but they are now guilty of introducing a third, avoidable hidden cost to Kenyans which is the cost of acquiring these TIMS complaint ETR machines.

in the sense that while introducing the Value Added Tax (Electronic Tax Invoice) Regulations 2020, no mention was made to the effect that the transition would cost an arm and leg to the taxpayer.

At a cost of between Sh48,500 to Sh160,000, depending on whether it is a Type A, B, C or D machine, conveniently complicated so that all taxpayers are bulldozed into compliance, the KRA really seems to have gone overboard with this one.

Considering that the cost of the earlier ETR machines was less than half of what is being fronted by the so-called Value Added Retailers, you would be right to hazard the guess that some faceless tenderpreneurs somewhere are making a kill from this well-intentioned process at the expense of the taxpayer with the implicit and tacit approval of some government officials.

It is also not lost on most Kenyans that the shortlisting of then ten “authorized” suppliers who seem to have arbitrarily determined the highly inflated cost of the new ETR machines was shrouded in secrecy for who knows what reason.

That said, perhaps KRA could shed some more light on how these suppliers arrived at the astronomical ETR prices by itemising each cost because, as a public institution, it could not have possibly shortlisted them and left them to gang up and device ways to exploit the taxpayers!

Whose interests would KRA have been representing? If anything, they ought to have fixed the price of the said machines, and if no supplier was interested as a result, procure the machines themselves.

This would have worked well for the taxpayers already possessing useable and fairly new machines which can be exchanged following a stringent ETR machine exchange policy, or upgraded swiftly through a simple link to save each coin from the taxpayer.

It is important that the KRA evaluates the necessity of rigidly implementing the TIMS platform at this time or any other time as it defeats its core mandate of facilitating compliance and expanding the tax base.

Instead of making compliance easier, it just opted for the most complicated way to collect VAT ever! It will be no surprise if their July 2022 revenue falls below their intended target and indefinitely so going forward, principally occasioned by the unsupervised ETR suppliers who, as is already evident, are struggling with capacity issues.

As someone rightly pointed out, why put a deadline and fine when you know very well the supply of these gadgets does not meet the demand? As a matter of fact, currently, the machines are only supplied to specific clients at higher prices than usual.

This, from a policy-making point of view, was a total misconception of the implementation phase of the project and might require some urgent review.

Kenyans are least bothered when it comes to such imposed deadlines; in fact, the more you try to scare them into compliance the more it will backfire on you - the Huduma Namba and Safaricom mandatory registrations come to mind.

It is, therefore, in KRA’s best interests to come up with quick interventions to pre-empt similar embarrassments in order to allow taxpayers to migrate to TIMS in a more convenient and cost-effective manner and at the same time not lose ground on its revenue targets.

Previously, tax compliance was a complex and cumbersome affair that involved a lot of paperwork until the KRA IT department facilitated the development of the user-friendly iTax system, which it has continued to make improvements upon so as to make it easy and convenient even for the uninitiated to self-declare their incomes as provided for in the Income Tax Act.

It, therefore, beggars belief that the same IT guys could not come up with a more convenient mode of implementation of the TIMS platform without having the taxpayer inconvenienced with additional costs, however much time the latter is provided.

Even now, there is really nothing that stops them from facilitating local software developers to create plugins that will connect directly to the iTax system so that SMEs need only upgrade their billing systems with a simple update; because if we can integrate systems with Mpesa and bank accounts without needing additional hardware, why can’t we do away with ETRs for good like some other jurisdictions have.

The insensitivity witnessed is majorly caused by policymakers who are alarmingly out of touch with the common mwananchi’s plight. To a financial institution, Ksh. 50,000 might not be much, but for students who have registered new businesses that intend to deal with Vatable supplies, where do they get that kind of funding from? And how does it add value to their respective ventures?

KRA now more than ever needs to think outside the box so that the taxpayer is no longer unnecessarily burdened with such maliciously contrived costs meant to benefit a few business people.

Can they for instance see how they could issue refunds as compensation for the functional but now soon-to-be obsolete ETR machines?

The ETRs being a heavy cost outlay for most SMEs, can they take up the procurement process and adopt a Lipa pole pole marketing strategy so that a big hole is not punched in the taxpayers’ already shallow pockets?

Lastly, what’s so difficult with allowing both systems to operate concurrently? They did it successfully with the erstwhile Legacy system and the current iTax system to allow for a smooth transition at zero direct cost to the taxpayer!

The government in the current political climate is happily giving subsidies to cushion the taxpayers from the high cost of living; why not consider the same so that struggling SMEs can also affordably procure these ETR machines before the set deadline?

It is noteworthy that if the policy makers continue to stick their heads up the clouds, they will have no one else to blame if the matter takes on another dimension with its attendant ramifications like we’ve seen in the past with the Minimum Tax and the like.

Let them at least listen to that taxpayer who will now be forced to take a loan to buy an ETR machine to enable her to pay tax!

The writer is a tax consultant and trainer

The new system comes into effect on August 1
Business
6 months ago
Post a comment
WATCH: The latest videos from the Star
by BY EDWIN NGUGI
Kenya
24 July 2022 - 21:00
Read The E-Paper