Renewable energy accounting for 75 per cent of the total installed capacity. 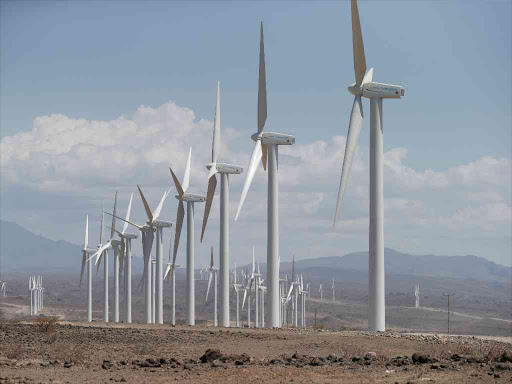 Kenya has been asked to ensure a sound energy mix to avert power supply problems witnessed in the 1990s.

In an exclusive interview with the Star, Electricity Sector Association of Kenya (ESAK) chairperson George Aluru said although Kenya's plan to ensure 100 per cent renewable energy is good, it will deter power stability.

According to the chair of the Independent Power Producers (IPPs) lobby, while renewable energy is clean and cheaper, it is highly unpredictable as production is based on weather patterns.

''Renewable energies are uncertain and often unavailable at the time of demand. They are unlike conventional power from fossil fuels, which can be generated according to demand with total predictability,'' Aluru said.

Aluru reminisced the genesis of IPPs in the country in 1999 and 2000 following a power generation gap that plunged the country into devastating darkness.

''The country must ensure a clear power mix balance even as we prioritise renewable energy. Never mus we go back to the dark days of the late 1990s,'' Aluru said.

He nevertheless commended the country's effort to cut fossil power, with renewable energy accounting for 75 per cent of the total installed capacity.

''Kenya has made great strides in renewable energy in recent years and is considered one of the few African nations making progress toward clean power. We are proud to have played a huge role,'' Aluru said.

The lobby which was registered in 2019 to represent individual firms at the country's energy table has 40 members.

Last year, the Kenyan government initiated energy reforms to cut down on power costs by 30 per cent and increase efficiency.

Already, the initial 15 per cent has been implemented and the government is in talks with IPPs and other sector players to deliver on the presidential command.

''We continue to support the government's effort to stabilise the energy sector and ensure value to consumers,'' Aluru said.

According to the Renewables Global Status 2021, the country tops in Africa with 700 megawatts (MW), retaining its place compared to last year.

A total of 44per cent of Kenya’s total electricity generation comes from geothermal sources, 36 per cent from hydropower sources, with fossil fuels only making up seven per cent of actual generation.

Whilst wind and solar are yet to contribute substantial amounts to the energy mix, the potential for generating electricity from these sources is high, with the Kenyan government already committed to increasing the solar energy generation capacity to 600MW by 2030

Last year, President Uhuru Kenyatta told the international community that Kenya is determined and on course to achieve a full transition to clean energy by the year 2030.

In 1997, through enactment of the Electric Power Act, an independent regulator for the electricity sector was created.
Business
1 year ago

How KOT ranted at the wrong Kenya Power