•According to the Kenya Coast Tourist Association (KCTA), four and five-star hotels in the region were approaching pre-covid levels, with occupancy of up to 80% and above.

•A survey by the Central Bank of Kenya (CBK) conducted in May 2022 also indicates utilisation of conferencing services surpassed pre-Covid levels. 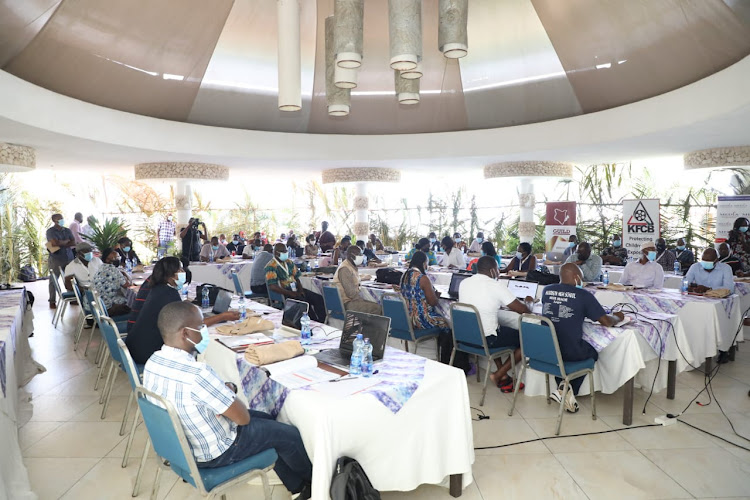 Hotels on the Kenyan coast experienced rapid recovery in the first half of 2022, industry players have reported.

The facilities, they say, have been supported by conferencing events mainly from the domestic market, and growing international arrivals.

According to the Kenya Coast Tourist Association (KCTA), four and five-star hotels in the region were approaching pre-covid levels, with occupancy at more 80 per cent.

“Many players in the association say they have noticed increased activities from public and private sector players who have played a big part in reviving the industry,” KCTA vice chair Hasnain Noorani said in a statement.

Noorani, who is also the founder and managing director of PrideInn Hotels, Resorts and Camps, said the Meetings, Incentives, Conferences and Exhibitions (MICE) business has remained stable.

His sentiments are shared by the general manager of Travelers Beach and Club Mombasa, Hilary Siele who told the Star that they have experienced a spike in the hotel and conferencing activities mostly from the local sector with a range of 80-90 per cent.

However, he noted that with the approaching general elections, the domestic market would tend to get into a watch-and-see situation following some past history of post-election violence.

“Generally we foresee the numbers going down to almost 20 per cent as from early August running up to to the end of the month because of the post-election tension,” Siele said.

Kioko Musyoki, the general manager of Leopard Beach Resort echoed the rise of the sector to pre-covid levels and urged that there should be much focus on the Open Sky Policy that would enhance more of international arrivals boosting the sector.

Experts' views reflect the Kenya National Bureau of Statistics (KNBS) data, which indicates the number of visitors arriving in Kenya increased by 85 per cent in the first four months of the year.

A total of 18,118 international tourists arrived at the Moi International Airport during the period.

A survey by the Central Bank of Kenya (CBK) conducted in May 2022 also indicates utilisation of conferencing services surpassed pre-Covid levels, especially in Mombasa.

This came as covid positivity rate declined to below one per cent in May, and uncertainties surrounding the virus had significantly reduced, which helped the hospitality sector in general recover.

“All the hotels that responded were in operation with two key hotels that had closed two years ago having reopened between April and May,” CBK notes in its latest Monetary Policy Committee statement.

They include Mombasa, Kisumu, Eldoret, Nakuru, Nyeri, Kisii and Meru.

At the height of the pandemic, 2020-21, the hotel industry suffered a major blow with growth contracting by 9.3 per cent.

At least 1.72 million jobs were lost in the tourism and hospitality industry last year, data by the Tourism Research Institute indicates.

The sector however recorded an improvement in the last quarter of 2021 with a growth of of 30.4 per cent, buoyed by easing of government restrictions and resumption of most economic activities.

The tourism ministry has embarked on a charm offensive in key markets, targeting a full recovery in the sector by 2024, according to CS Najib Balala.

Partnerships between the private sector and government have been key in the recovery journey of tourism businesses in Kenya.
Business
2 months ago

Arrivals however increased 53.2% as earnings rose to Sh146bn
Business
6 months ago
WATCH: The biggest news in African Business
by ALFRED ONYANGO
Kenya
15 July 2022 - 12:00