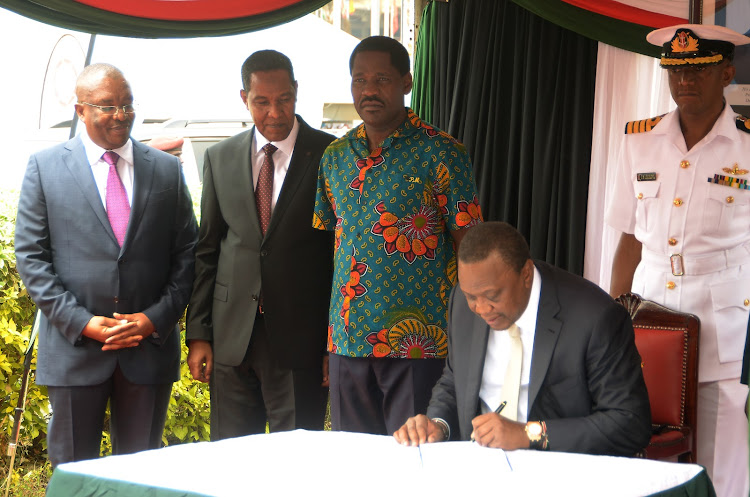 The revival of the Kenya Planters Cooperative Union Coffee (KPCU) is saving millers $15 (Sh1700) per tonne, ploughing cash back to farmers’ pockets.

President Uhuru Kenyatta highlighted the revival of the union as one of his government’s support for the country’s cooperatives movement as the world marked the 100th International Co-operatives Day over the weekend.

In 2020, the government disbursed to the union a coffee cherry fund worth Sh3 billion of which Sh185 million was spent to clear pending debt with the Kenya Commercial Bank (KCB) and Sh68 million used to clear pending payments to farmers.

This was a relief to the 78- year old coffee union, which had been placed under receivership since 2009 after failing to honor a financial obligation amounting to over Sh700 million, owed to the lender, lawyers, and coffee farmers.

The Union’s Assets are valued at an estimated Sh5 billion and represent the interests of over 800,000 coffee farmers.

“Through the reforms the New KPCU was able to establish a Cherry Revolving Fund of Sh3 billion, institute a farm inputs subsidy programme of Sh1 billion as well as refurbish coffee drying tables,’’ Uhuru said.

The president said reforms initiated in the cooperative since 2013 have helped the sector play its rightful role towards achievement of the Big 4 Agenda pillars of manufacturing, food security and affordable housing.

“In manufacturing, my administration has prioritised reforms for the revitalisation of various sub-sectors where cooperatives are involved in areas such as agro-processing and value addition in coffee, cotton and dairy to name but a few,” Uhuru said.

He added that the reforms in the sector have also help in stabilisation of the diary sector through the modernisation and expansion of the New Kenya Cooperative Creameries factories across the country.

Other sector reforms includes revival of the Kenya National Trading Corporation that ensures farmers have access to markets for their produce at competitive prices.

The government is also working towards revitalising old and obsolete cotton cooperative ginneries as well as building new ones.

On Savings and Credit Cooperative Organisation (SACCOs), Uhuru said the implementation of the Sacco Societies (Non-Deposit Taking Sacco Business) Regulations 2020 that commenced in January 2021 have helped to double the number of SACCOs under prudential regulation of Sacco Societies Regulatory Authority (SASRA) to 360.

Speaking at the event, Cooperative Alliance of Kenya (CAK) chief executive officer Daniel Marube said co-operatives provide sustainable livelihoods to their members as well as to 32 million people as indirect beneficiaries, which translates to 65 per cent of the total population.

He added that it employs 500,000 persons directly while providing self-employment to over 1.5 million people both in rural agriculture and in the formal and informal across all sectors of economic activities.

The Cooperative movement in Kenya has continued to grow, as most Kenyans prefer to use the model to do business. The numbers of co-operatives are now over 23,000 with over 14 million members, leading the continent.

He hailed the government for the enactment of the Cooperative Sacco policy in 2020, adding that the incoming government should help in fast-tracking the proposed laws to support it.

He also welcomed the move to create a Central liquidity facility to enable Saccos to lend to each other to meet unexpected or unusual short-term cash flow shortfalls.

Once set up, the Central Liquidity and Shared Technology platform will help about 175 deposit-taking Saccos arrest temporal liquidity shocks and imbalances by having societies with excess cash lend to those in need.

Invest and Grow says they are available to address challenges of governance and financial control.
Nyanza - Page 29
1 month ago

It also ensure farmers have access to markets for their produce at competitive prices.
News
1 month ago

Cooperative union pleads for political stability ahead of election

They provide sustainable livelihoods to their members as well as to 32 million people
Business
1 month ago
by VICTOR AMADALA Business Writer
Kenya
05 July 2022 - 04:00
Read The E-Paper