•Kenya National Bureau of Statistics data shows a 14.4 per cent increase in trade value in the first three months of year, closing at Sh802.0 billion , up from Sh700.8 billion same period in 2019. 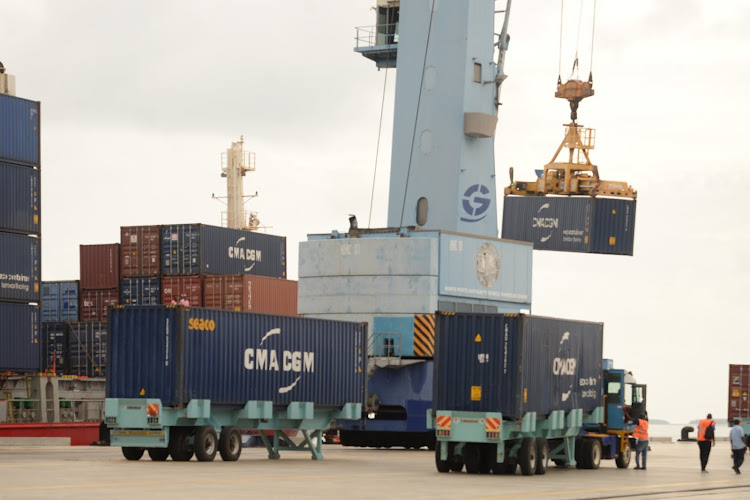 Kenya's import bill continues to swell even as export earnings grow slowly, widening the trade deficit between it and its partners.

Latest government data shows the country's imports value totalled Sh593.2  billion in the first quarter of 2022, a 16.6 per cent increase from Sh508.7 billion the previous year.

During the same period, export earnings amounted to only Sh208.8 billion, a growth of 8.7 per cent from Sh192.1 billion recorded the same period last year.

Overall Kenya National Bureau of Statistics data shows a 14.4 per cent increase in trade value in the first three months of year, closing at Sh802.0 billion , up from Sh700.8 billion same period in 2019.

Kenya's three month export earnings are not enough to pay for the country's oil supply which totalled  $3.48 billion (Sh410.4 billion) in 2021.

The slow growth in import earnings at a time when the country's overall debt is galloping towards Sh8.5 million raises concern.

KNBS attributed the increase in trade value to to growth in import values of petroleum products, animal and vegetable oils; and medicinal and pharmaceutical products.

Expenditure on imports of petroleum products increased from Sh65.5 billion in first quarter of 2021 to Sh100.2 billion same period in 2022.

Chinese imports totalled Sh112.3 billion, an increase from Sh107 billion the previous year, as the Covid-19 restrictions eased at the beginning of the year.

"Africa continued to be the leading export destination accounting for 39.8 per cent of the total export earnings," KNBS led by director general, Macdonald Obudho, notes in the report.

According to KNBS the recorded improvement was partly due to significant increase in exports to Tanzania which almost doubled to Sh14.4 billion.

On the other hand, total exports to Uganda declined by 9.2 per cent to Sh20.8 billion in the review period, largely attributable to decline in exports of crude palm oil and cement clinkers.

Over the review period, export earnings from Asia increased by 11.6 per cent from Sh47.5 billion in first quarter of 2021, mainly on account of improvement in the domestic exports of tea and cut flowers to Pakistan and Saudi Arabia.

The government is keen to capitalise on the African Continental Free Trade Area to grow the country's exports, as it pushes to reduce dependency on imports.

It is also counting on the Economic Partnership Agreement with the UK, the existing EU  agreement (EPA) and the ongoing talks with the US, to help secure more market for Kenyan exports, in a bid to cut on the huge balance of trade deficit.

Uhuru affirmed Kenya’s commitment to working with Zambia and other African countries.
News
1 month ago

Katherine Tai and Betty Maina met on the sideline of the WTO Ministerial Conference in Geneva.
Business
1 month ago
by SHARON MAOMBO Business Writer
Kenya
05 July 2022 - 04:00