•The weak shilling against the US dollar however means local farmers will earn more this year. 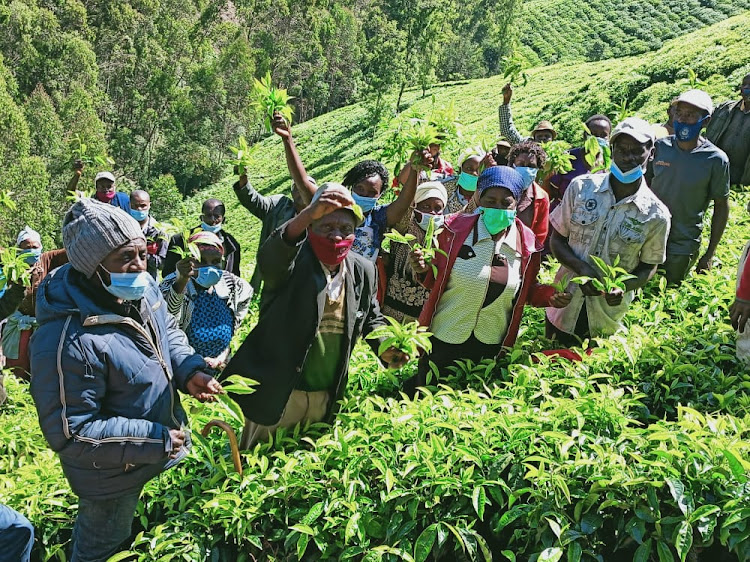 Tea farmers in Kenya are set for a higher final payment on bonuses this year which comes as a relief in the wake of rising cost of living.

Most of them are small scale farmers affiliated to the Kenya Tea Development Agency.

Inflation, a measure of the cost of living, rose to a five-year high in June (7.9%), compared to 6.3 per cent in June 2021 with the prices of farm inputs, transport  and food skyrocketing.

The tight school calendar has also kept parents on their toes with school fees being a major spending.

This is in addition to the monthly payments totaling Sh25.78 billion, taking the total payout for the financial year 2021/22 to Sh62.89 billion, the highest ever paid to farmers in a year.

The highest paid are those from Gitugi in Murang’a, Rukuriri (Kirinyaga/Embu) and Imenti in Meru where farmers will get Sh62 per kilo.

In Western and Nandi, farmers are getting a lower pay of an average Sh40 per kilo.

The weak shilling against the US dollar partly played in pushing up the farmers earnings as exporters usually paid in foreign currency benefited.

The shilling has been loosing since the first half of the year with Central Bank of Kenya quoting it at a mean of 117.89 yesterday. During the same month last year, it averaged 107.93 per dollar.

The payments are expected to hit farmers’ accounts this week.

This adds to the favourable exchange rates, improved management of tea factories, reduction in production costs through efficiencies in production and improvement in the quality of tea.

“This year’s bonus is the highest to be paid to tea farmers across the tea growing counties since 2016,” Munya said.

The current financial year which started last Friday however poses a challenge to the industry, mainly on global factors.

For instance, there are no exports to Russia according to the the East African Tea Trade Association (EATTA),which runs the region’s auction in Mombasa.

“As we speak, we are not exporting to Russia,” EATTA managing director Edward Mudibo told the Star on telephone.

Pakistan, Kenya’s leading export market, also signaled a reduction in consumption with its Senior Minister Ahsan Iqbal rallying the population to reduce the quantity of tea they drink to help cut on the import bill.

The South Asian state is struggling with low foreign currency reserves, currently reported to be only enough for less than two months of all imports.

Pakistan is the world's largest importer of tea, with tea imports taking up more than $600 million (Sh70.4 billion) last year.

It accounts for 40 per cent of Kenya's tea exports and a reduction in consumption will affect export volumes.

Pakistan is the biggest buyer at the Mombasa Tea Auction, taking up 38 per cent of the total weekly sales.

It is followed by Egypt (18%), the UK(9%), UAE, Russia and Sudan each five percent, Yemen (3%) while Afghanistan and Poland each take up two per cent share of the exports.

Iran is at the lower end with one per cent with the rest of the world taking up the remaining.

They say direct sales give them more returns than at the Mombasa auction.
Counties
1 month ago
WATCH: The biggest news in African Business
by MARTIN MWITA Business Writer
Kenya
04 July 2022 - 17:00