Cooperative union pleads for political stability ahead of election 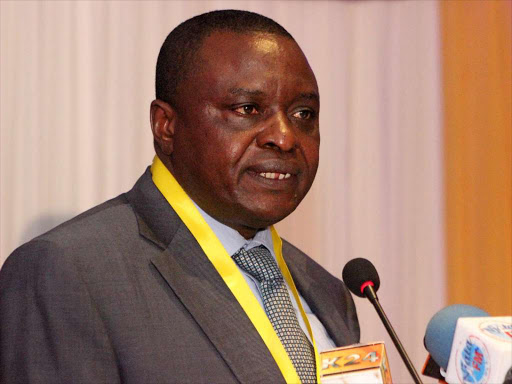 The cooperative movement in Kenya has asked the political class to create conducive, predictable policies and legal framework to ensure continuity of social-economic activities as the country head to the general election.

In an exclusive interview with the Star ahead of the International Cooperatives Day observed every July 2, Cooperative Alliance of Kenya (CAK) chief executive officer Daniel Marube said cooperatives are the cornerstone of Kenya’s economic fabric hence their activities must be jealously guarded.

“Cooperatives bring people together to achieve social economic goals regardless of tribe, race or political affiliation. The sector has over 14 million members with assets value of more than Sh850 billion. We call for political stability,’’ he said.

He asked politicians to inculcate sound policies in their manifestos to support cooperative unions, adding that members cuts across key economic sectors led by agriculture which accounts for 25 per cent of the country’s Gross Domestic Product (GDP).

Cooperatives all around the world will celebrate the 100th International Day of Cooperatives on July 2 under the theme ''Cooperatives Build a Better World''.

Marked since 1923 and officially proclaimed by the United Nations General Assembly on the centenary of the ICA in 1995, the day is observed annually on the first Saturday of July.

According to Marube, co-operatives provide sustainable livelihoods to their members as well as to 32 million people as indirect beneficiaries which translates to 65 per cent of the total population.

He added that it employs 500,000 persons directly while providing self-employment to over 1.5 million people both in rural agriculture and in the formal and informal across all sectors of economic activities.

The Cooperative movement in Kenya has continued to grow as most Kenyans prefer to use the model to do business. The numbers of co-operatives are now over 23,000 with over 14 million members, leading the continent.

He hailed the government for the enactment of the Cooperative Sacco policy in 2020, adding that the incoming government should help in fast-tracking the proposed laws to support it.

He also welcomed the move to create a  Central liquidity facility to enable Saccos to lend to each other to meet unexpected or unusual short-term cash flow shortfalls.

Once set up, the Central Liquidity and Shared Technology platform will help about 175 deposit-taking Saccos arrest temporal liquidity shocks and imbalances by having societies with excess cash lend to those in need.

Net savings in Saccos rose to Sh17.5 billion in 2021, reversing years of negative cash accumulation in the institutions where most Kenyans park their liquid wealth.

Data by CAK  shows that deposits rose to Sh540.5 billion in the review period when they issued loans worth Sh523 billion, leaving members with an aggregate net wealth of Sh17.5 billion.

Saccos have a goal of encouraging thrift but they also issue loans, sometimes at five times the savings of a member.

In the previous four years, the institutions lent more money than deposits, dipping into their retained earnings to fund the disbursement of loans.

Loans increase from Sh419.6 billion in 2019 financial year during the Covid-19 period despite the hardships that many members faced at the height of the pandemic.

“We have been able to demonstrate that the Cooperative model is resilient and sustainable as a driver of development,” Marube said.

Saccos perform well despite economic slowdown due to Covid-19

Saccos record a growth of 12.7 percent in total assets despite challenges due to Covid-19 pandemic
Business
1 year ago

Counties will take up the role of  promotion, appraisals, daily supervision and value addition activities.
Business
3 years ago

growing concerns over mismanagement, fraud and bad loans in the Sacco industry
Business
2 years ago

Non-remittance of sacco dues could land employers in jail

Approximately Sh2 billion in Sacco remittances has not been remitted by employers.
Business
3 years ago
by VICTOR AMADALA Business Writer
Kenya
27 June 2022 - 04:00