•Kenyan trade with China has been volatile in the past five years. Imports have contracted recently while exports have grown by 9.3 per cent and 43.5 per cent.

•During the event, it was noted, that barriers faced by Kenyan exporters are often product-specific and market-specific. 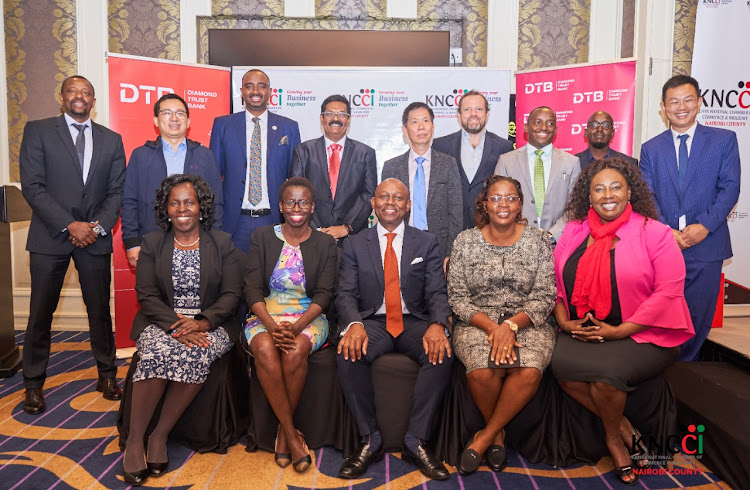 Traders in Nairobi want China to further open its market for Kenyan goods and services to bridge the huge trade deficit.

Speaking at the second Nairobi-China Trade and Investment Forum, the traders said business is currently largely in favour of China, with Kenya's export only valued at Sh10 billion.

"I call upon enhanced continuous engagement and collaboration between the various stakeholders as a critical tool for enhancing bilateral trade between Kenya and China," CEO of the Chamber, James Odongo said.

In the past five years imports have contracted while exports have grown by 9.3 per cent and 43.5 per cent in 2018 and 2019, respectively.

The traders said barriers faced by Kenyan exporters are often product-specific and market-specific.

These relate to difficulties in meeting certain standards in certain markets, the lack of trade-related infrastructure (including flights), or a lack of capabilities or productivity.

For instance, since December 2021, a group of Kenya exporters have had their products confiscated after China introduced new measures that would require additional certification besides the Certificates of Origin that were presented for clearance.

The additional measures now require that exporting manufacturers must register with the General Administration of Customs China (GACC).

They said to boost exports to China, the Ministry of Trade & Enterprises Development in partnership with other relevant state actors should continue with the bilateral, regional, and international trade engagements.

Katherine Tai and Betty Maina met on the sideline of the WTO Ministerial Conference in Geneva.
Business
1 week ago

CS Betty Maina however affirms deal is on, country maintaining fidelity to its objectives.
Business
2 weeks ago

Taiwanese law prohibits Chinese investment in some parts of the semiconductor supply chain
News
3 weeks ago
by BY OLIVIA ADHIAMBO
Kenya
15 June 2022 - 18:30