•Spending on cruise lines, buses and trains have also seen a sharp improvements this year. 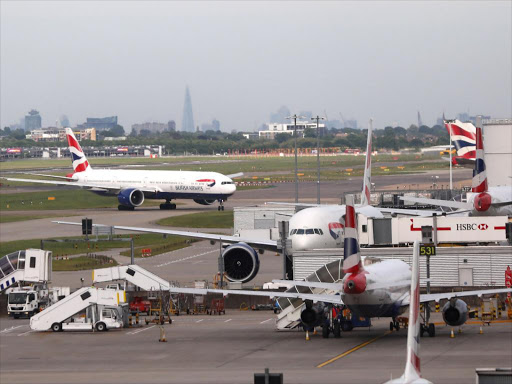 Spending on cruise lines, buses and trains have also seen a sharp improvements this year.

The new report, Travel 2022: Trends and Transitions, delivers critical insights across 37 markets about the global state of travel in a post-vaccine and less restricted chapter of the pandemic era.

Importantly, if flight booking trends continue at their current pace, an estimated 115 million more passengers in Eastern Europe, Middle East and Africa will fly in 2022 compared to last year, according to the  analysis by the institute.

Drawing on a unique analysis of publicly available travel data, as well as aggregated and anonymised sales activity in the Mastercard network, the report dives into key elements of the traveler journey.

Key findings through April 2022 include:

Travel recovery has been a largely consumer story for much of the pandemic.

The return to office was an important driver, according to findings.

In the Middle East specifically, recovery in international travel bookings only accelerated from mid-2021 after the launch of Covid vaccination campaigns and eased travel requirements in the Western hemisphere.

It has also been supported by Middle Eastern national carriers increasing their scheduled flights to more destinations.

Business travel in Eastern Europe, Middle East and Africa is returning at a much slower pace.

Short-haul bookings led the recovery, but only exceeded 2019 levels in March 2022, while medium-haul and domestic bookings remain 16 per cent and 40 per cent below 2019 levels, respectively, as of April 2022.

Since the onset of the pandemic, domestic travel has been the itinerary of choice for consumers in Eastern Europe, Middle East and Africa, although the recovery has been haphazard.

It exceeded pre-pandemic levels from February 2022.

In Kenya, the Covid-19 pandemic brought unprecedented challenges to the civil aviation industry, leading to a sharp decline in the number of scheduled and major charter passenger flight landings, beginning the second quarter of the year 2020, according to the country's Tourism Research Institute(TRI).

The year 2021 however sustained a month-on-month growth rate of 12 per cent from January to December.

"Much of this growth was sustained by domestic movements which grew by 30 per cent while international movement grew by four per cent,"

Recent spending levels point to greater comfort with group travel. Global spending on cruises gained 62 percentage points from January to the end of April, though remains below 2019 levels.

Buses are back at pre-pandemic levels, while passenger rail spend remains seven per cent below.

Meanwhile, car road trips maintain their appeal, with spending on tolls and auto rentals up nearly 19 per cent and 12 per cent, respectively.

Among consumers in the Eastern Europe, Middle East and Africa, spend on passenger railways outperformed the rest of the world since January 2021, and the region has a much higher sustained spend increase over the same period in 2019.

Within auto-rentals, tourist spend has also been on a gradual recovery, exceeding 2019 levels on a more sustained basis from January 2022.

Travel spending shifts back to experiences over things:

For the better part of a year, international tourists spent more on experiences instead of souvenirs when in destination.

Experiential spending is now 34 per cent above 2019 levels; the areas seeing the largest spending increases are bars and nightclubs (72%) and amusement parks, museums, concerts and other recreational activities (35%).

In the U.K., spending growth each month in 2022 more than doubled compared to 2019 levels, currently 140 per cent for April.

"The global trend towards the Experience Economy has also reached Eastern Europe, Middle East and Africa, although half a year later than the global aggregate," the report sates.

In South Africa, for example, although both spending on goods and experiences tend to trend similarly, growth in spending on experiences relative to 2019 levels has sustained around a 20 percentage point lead over goods spend since January 2022.

Not surprisingly, the ability and convenience of travel has been a driving factor in booking destinations, though 2022 has provided a clean slate with restrictions loosened in much of the world, aside from parts of Asia-Pacific.

The result is that the US (Kenya's top international tourist market source), U.K, Switzerland, Spain and Netherlands are now the top destinations for tourists globally.

For travelers from Eastern Europe, Middle East and Africa, the United Kingdom has been the choice destination in the ongoing recovery, with demand exceeding that for the United States.

The United Kingdom’s “Freedom Day” lifting of restrictions in July 2021 contributed to this trend.

European destinations make up most of the top 10 destinations for travelers from Eastern Europe, Middle East and Africa.

The country has employed a strategy specific to this market.
Business
2 weeks ago