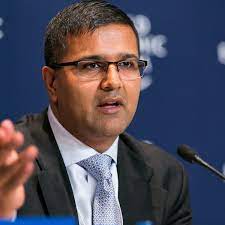 Amani School for Refugees, a charity-based teacher training college and primary school in Kakuma and Still I Rise International School were recognized for the pivotal role they play in developing the next generation of learners.

The inaugural award is sponsored by among others Templeton World Charity Foundation, Accenture, and American Express.

Vikas Pota, Founder of T4 Education and the World’s Best School Prizes, said Covid-19 has affected over 1.5 billion learners, with the UN saying it has slowed progress to achieve universal quality education by 2030.

“We have launched the World’s Best School Prizes as a grassroots solution to help build the systemic change needed,'' Vikas Pota said.

He added that by telling the stories of inspirational schools that are transforming the lives of their students, schools can share their best practices and have their voices heard at the top table.

“I want to congratulate Amani School for Refugees and Still I Rise International School for making the Top 10 shortlists for the inaugural World’s Best School Prizes,'' Pota said.

The latest Kenya Economic Update by World Bank shows learning outcomes have also improved in recent years, both in numeracy and languages, and the country is a good performer among countries in the region.

Testing in class three for mathematics, English and Kiswahili learning reveals that between 2016 and 2018, learning improved in all three subjects.

The share of students meeting minimum requirements increased by six percentage points in numeracy, by 16 points in English, and by one point in Kiswahili.

Numeracy learning was lower in 2018 than in comparable countries, however, more recently, early grade mathematics assessments (EGMA) taken between 2015 and 2021 show that the proportion of children meeting minimum proficiency in mathematics is improving rapidly, increasing from 71 per cent in 2016 to 80 per cent in 2021.

At the secondary level, while the end of the secondary exam (KCSE) passing rates are still low, they have improved since 2017, increasing from 11 to 18 per cent.